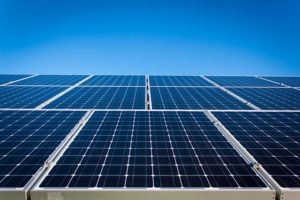 The International Trade Commission (ITC) declared on Friday, that solar panels imported from China are hurting U.S. Manufacturers – not really a surprise to anyone.  But this decision on overseas production may have overall devastating effects on the U.S. solar industry.

With this ruling, Trump now has authority to impose increased tariffs on imports of solar panels from China. Far outweighing a rising cost of doing business in China, these new tariffs would dramatically increase the cost of solar panels in the U.S., making the solar industry less competitive against fossil fuels like natural gas and coal. Tariffs would help to protect American solar panel manufacturers from cheap foreign imports, but it also increases American consumer costs and threatens jobs in installing and servicing solar power.

88,000 Americans rely on the solar industry for jobs installing and repairing solar panels, no matter where they are made. Increasing prices for residential and commercial solar solutions (perhaps as much as double) would result in decreasing demand. Because solar equipment would be much more expensive, some people and companies just couldn’t afford to install new systems.  A drop in demand, would lead to lay-offs in the industry.

So Trump has a choice:

The Solar Energy Industries Association (SEIA) reports that a large tariff on imported panels could cost 88,000 U.S. solar jobs of the more than 250,000 employed in the industry. American-made solar panel manufacturing in the U.S. currently accounts for only about 8,000 of those 250,000 jobs. Would a high import tariff just shoot the industry in the foot?

The ITC voted to uphold a complaint brought by two domestic solar manufacturers, Suniva and SolarWorld. This complaint was opposed by the much larger U.S. solar installation industry, which has seen the cheap panels create huge demand in construction of solar farms, commercial and residential rooftop systems in the U.S. Now it is up to Trump to decide.

“If you were to double the price of a solar module, it would have massive negative impacts for 99% of the solar supply chain,” said Amy Grace, head of North American research at Bloomberg New Energy Finance, a research firm, before the decision. “You would be cutting off your entire body to save your pinky.”

In addition, 88,000 jobs lost in America is not the only economic impact. Loss of jobs in any community can have a devastating downward magnifier effect on local economies.  People who are unemployed don’t spend money in their communities.

Once again, we are reminded that the U.S. has gone down this pathway before with the Smoot-Hawley Tariff Act of 1930, which raised tariffs on about nine hundred products. Historians blame Smoot-Hawley for triggering the Great Depression of the 1930s. They point out that Smoot-Hawley caused sharp increases in consumer prices, which led to consumers buying fewer products, which in turn led to low demand, lay-offs, high unemployment, and ultimately, the depression.

At the Reshoring Institute we are working hard to do everything possible to the reshoring movement to bring manufacturing back to America. But in this case, increasing tariffs is the wrong thing to do. Jobs in the solar energy sector and wide-scale residential and commercial adoption of clean energy, are far more important to our nation. Remember, under WTO regulations, countervailing duties can already be assessed to offset unfair competition due to foreign government subsidies.

Will Trump do the right thing for American workers? 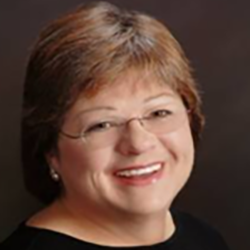 Ms. Coates is the Executive Director of the Reshoring Institute and the President of Blue Silk Consulting, a Global Supply Chain consulting firm. She is a best-selling author of: 42 Rules for Sourcing and Manufacturing in China and Legal Blacksmith – How to Avoid and Defend Supply Chain Disputes  Ms. Coates lives in Silicon Valley and has worked with over 80 clients worldwide. She is also an Expert Witness for legal cases involving global supply chain matters.  She is passionate about Reshoring.

Before considering how to rebalance your global supply chain, first you should take a look…

Of the many things 2020 taught us, one key takeaway was understanding the global supply…