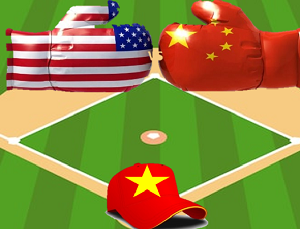 The United States has ordered 10%-25% tariffs on about $200 billion of Chinese goods. China retaliated by applying tariffs on $60 billion U.S’s goods imported into China, and has filed two WTO complaints against the U.S. The list of affected goods includes materials used in the apparel industry such as buttons, bobbins, fabrics, embroidery, textiles, handbags and leather. Because of the tariffs, U.S companies are looking for outsourcing from different Asian countries including Vietnam. It doesn’t look like the trade wars will stop at any time soon so how will the apparel manufacturers and retailers react and what is the effect on the consumer? It’s difficult to say because the game is still on and it’s only the 2nd inning. Strategies and risks are being evaluated as other manufacturing sites are evaluated.

As an International student from Vietnam, I have a different, more positive opinion about the trade war. According to the research, every year the U.S. imported around 25,000 – 28,000 tons of polyester filaments from China for the automobile industry. Previously Vietnam hasn’t produced much polyester because of low demand in Southeast Asia but recently local textile businesses have been starting to make connections to U.S companies and exporting product to U.S market. For example, TCM, a Vietnamese Apparel Company, is planning to increase the fabric production by 20-25% and garment production by 20% compared to last year. The company’s factories are running at maximum capacity to catch up with the demand. TCM is only one example of many Vietnamese apparel companies that are stepping up to the plate for a chance to hit a home run while the U.S. and China are fighting in the outfield.

How is Vietnam able to play the game and support U.S. demand?  Vietnam has the 15th largest population in the world with 96,160,163 people (2017). The population is young, intelligent and willing with only 6% of the population age 65 and up, a  94.5% literacy rate, and a technology-savvy workforce trained in Japan, the U.S. and Europe.

Will U.S manufacturers actually move production out of China because of tariffs and the increased cost of labor? Moving factories and industries is extremely expensive and complicated. New factories also need to meet U.S standards on the environment, labor, and quality and it could take 12-18 months to become fully operational. Another big challenge is the customers’ demand, which is variable. Making decisions based on trade wars with no end in sight is risky for all.

Although substituting Vietnam in the game for China is good for the local Vietnamese economy we should still be wary of the other Country options. There is the risk that the U.S. will add tariffs to goods coming from Vietnam next. Vietnamese companies are looking for short-term wins/solutions that will produce profits and employ people immediately, but there is also a longer-term strategy to consider. Moving factories and industries is expensive and complicated.

In reality, from a consumer’s perspective, I will buy things from the same brands as long as the price doesn’t increase. From a U.S company’s perspective, I would start investigating other options including bringing manufacturing back the U.S., building connections with other Asian and Latin American countries and continue to monitor what is going on in Washington. From a Chinese company’s perspective, I would work to keep U.S companies in China and offer more benefits including selling products to the Asian market, IP security, and increased quality control. Lastly, from a Vietnamese company’s perspective, I would start applying high technology into production, increase skilled labor, and start networking with European and U.S companies  As a Vietnamese student studying in the U.S, I just hope the trade wars will end soon because there will be no winner in this game. Localization, manufacturing products for the local market, is how the world will win. 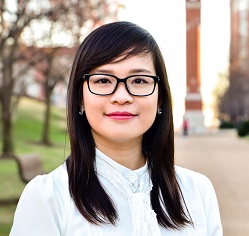 Tram (Alex) Tran is currently pursuing a Masters of Supply Chain Management from Saint Louis University and is expected to graduate in May 2020. She holds a BS in International Business with a minor in IT Management also from SLU. While studying abroad in Madrid in 2016, she found her passion for Supply Chain Management.  This experience led to internships in varies fields of business including transportation, pharmacy benefits, business consultant, etc.

She has served the SLU community as International Ambassador and events organizer for the Korean Student Association. When not studying, working or organizing events, she volunteers at Campus Kitchen and helps international students improve their English skills. Her career goal is to work for corporations or NGOs, where she can make an impact not only for the company but also for the community.

Small Business Sales Efforts – “If You Rest, You Rust” by John Benadum

Competition is inevitable and businesses aren't the only entities that have to compete. Since the…

Made in USA or Assembled in USA? It Depends.

Before a manufacturer labels a product “Made in USA” or “Assembled in USA,” it is…