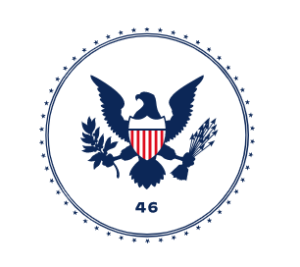 The Biden-Harris Jobs and Economic Recovery Plan for Working Families

President-elect Joe Biden believes to his core that there’s no greater economic engine in the world than the hard work and ingenuity of the American people. Nobody has more respect for the working women and men who get up every day to build and sustain this country, or more confidence that they can meet the challenges we face. The Biden-Harris administration will rebuild the middle class — and this time make sure everyone comes along.

Make no mistake: America has been knocked down. During the pandemic, our nation has seen higher unemployment rates than unemployment rates of the Great Recession. Millions have lost jobs, hours, pay, health care, or the small business they started, through no fault of their own.

The pandemic has also laid bare some unacceptable truths. Even before COVID-19, too many families were struggling to make ends meet and too many parents were worried about the economic future for their children. And, Black and Latino Americans, Native Americans, immigrants, and women have never been welcomed as full participants in the economy.

Biden believes this is no time to just build back to the way things were before, with the old economy’s structural weaknesses and inequalities still in place. This is the moment to imagine and build a new American economy for our families and the next generation.

An economy where every American enjoys a fair return for their work and an equal chance to get ahead. An economy more vibrant and more powerful precisely because everybody will be cut in on the deal.

In this time of crisis, President-elect Biden has a plan to create millions of good-paying jobs, make it easier for workers to organize unions and collectively bargain, and to give America’s working families the tools, choices, and freedom they need to build back better.

That starts with a real strategy to deal with the pandemic. We can’t solve the jobs crisis until we solve the public health crisis. Implementing Biden’s comprehensive strategy to get the pandemic under control and effectively reopen the economy — an approach that will both protect the health and safety of our people and boost economic activity — is one of the president-elect’s top priorities.

“THE TRUTH IS THE ECONOMY WASN’T WORKING FOR FOLKS LONG BEFORE THESE CRISES HIT. IT’S WHY KAMALA HARRIS AND I WON’T JUST BUILD BACK TO THE WAY THINGS WERE — WE’LL BUILD BACK BETTER. WE WON’T BE SATISFIED UNTIL THE ECONOMY STARTS WORKING FOR EVERYONE.”

But that’s just the start. The Biden economic recovery plan for working families will build our economy back better. Whenever America has had its back against the wall, we have acted together to lay the foundation — through public investment and a strong social contract — for the American people to pull together and push forward.

The Biden-Harris plan will mobilize the American people in service of four bold, national efforts to address four great national challenges. As President, Biden will:

Building back better means an updated social contract that treats American workers and working families as essential at all times, not just times of crisis — with higher wages, stronger benefits, and fair and safe workplaces. We’ve seen millions of American workers put their lives and health on the line to keep our country going. As Biden has said, let’s not just praise them, let’s pay them — a decent wage, at least $15 per hour, and ending the tipped minimum wage and sub-minimum wage for people with disabilities, and strong benefits so they can live a middle class life and provide opportunity for their kids. This starts with passing the Protecting the Right to Organize (PRO) Act, providing public service and federal government workers with bargaining rights, and taking other steps to make it easier for workers to organize unions and collectively bargain. President-elect Biden is working to address discrimination and harassment in the workplace and pass the Paycheck Fairness Act to ensure women are paid equally for equal work. He will sign legislation for universal paid sick days and 12 weeks of paid family and medical leave. And he is working to ensure that every American has access to quality, affordable health care, by providing a public option and lowering costs for care and for prescription drugs.

Building back better means helping small businesses and entrepreneurs come out the other side of this crisis strong, while demanding more from corporate America. We’ve seen the second bailout in 12 years for big corporations and Wall Street. Meanwhile, small businesses had to jump through hoops and many couldn’t access the relief they needed. President-elect Biden is working to ensure that corporate America finally pays their fair share in taxes, puts their workers and communities first rather than their shareholders, and respects their workers’ power and voice in the workplace. And Biden will help small businesses manage through the pandemic and recover, so that millions of entrepreneurs can get back on their feet and carry this economy forward.

To see this agenda through, President-elect Biden will make new, bold investments and speed up the timetable for many of the 10-year investments he has already announced. He has a plan to pay for the ongoing costs of the plan by reversing some of Trump’s tax cuts for corporations and imposing common-sense tax reforms that finally make sure the wealthiest Americans pay their fair share.

Today’s elevated unemployment will mean lower demand, which will mean lower growth for our economy (which relies on consumption). A robust jobs agenda will increase demand. That is why many economists agree that if we fail to make far-reaching, productive investments, it will undermine not only our long-term growth potential, but also our long-term fiscal situation. Additionally, for communities of color that are experiencing disproportionate rates of unemployment, and for young people entering the workforce, getting to full employment as fast as possible is critical to their futures and all of America’s future. Those who argue we can’t afford these investments are the same people who doled out trillions in giveaways to the wealthy and corporations the past three years. President-elect Biden’s economic plan will put America’s working families first.