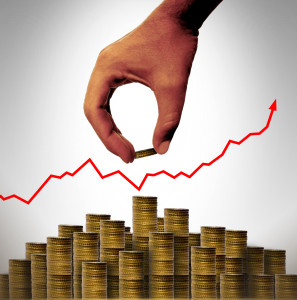 Across many industries, rising costs in China are giving companies significant financial incentive to consider reshoring manufacturing jobs back to the US, or move them to other low-cost nations.  Many sectors, such as garment manufacturing, have already moved to other nations, and more tech-intensive industries may soon move abroad as well.  These rising costs in China could lead to many positive outcomes in the US, such as reshoring jobs and decreasing US reliance on imports. Still, many effects of this trend may be difficult to predict.

The rise of the Chinese middle class has led to significant increases in wages and salaries in China over the last 20 years.  Moving manufacturing jobs to China over the past two decades has shifted Chinese workers’ incomes upward for 150 million people. China has gone from a mostly lower class, rural, agrarian society into a mostly middle-class urban society in which manufacturing and exporting are the backbone of the economy. According to the US Department of Labor, hourly compensation costs in China’s manufacturing sector between 2002-2010 rose at an average of 17% annually, and the trend has not slowed down.  This wage increase has led to an exodus from China to other low-cost nations.

Along with the development of China’s manufacturing industry came the demand for development of the nation’s infrastructure for businesses – finance, transportation, and especially energy.  China’s electricity grid in urban centers has been upgraded from a shoddy, piecemeal system into a modern, reliable grid.  With manufacturers moving in and using energy in their operations and an ever-growing middle class now tapped into reliable electricity, demand for energy in China is soaring and the price has adjusted to compensate for this.  The price for electricity has increased 15% annually for the last 6 years, according to Forbes.  This disproportionately affects manufacturers who utilize increased automation and larger machines to counteract increases in labor costs.

Finally, China’s monetary policy has caused significant turmoil in the recent past, and may not be sustainable on a long-term timeline.  The Chinese government has kept strict control over monetary policy, keeping the RMB pegged to the USD until 2006, and has been allowed to “float” (fixed against a basket of currencies) after that point.  Tight control over monetary policy (and therefore stable RMB value), while maintaining near double-digit annual growth seems to be incompatible, especially when considering China’s position as a significant net exporter. The PBOC has sold over 20% of their US Treasury debt over the past 2 years to keep RMB value stable, while still injecting cash into the economy to stimulate growth.  While QE measures taken by the US and European governments since then have brought RMB value closer to an equilibrium (the RMB may have been overvalued by up to 35% in the mid-2000’s). The issue of a slowly rising RMB value will make it more expensive to source from China in the future.  Combined with a lack of convertibility, China’s monetary policy is and will continue to be a significant hurdle to overcome for foreign businesses.

These three factors, and the increased costs associated with them, are some of the most significant factors that companies looking to outsource production contemplate.  The future of the Asian manufacturing landscape will depend on if and how China can alieve rising labor and energy costs, and how they choose to defend their currency against other nations’ floating currencies. 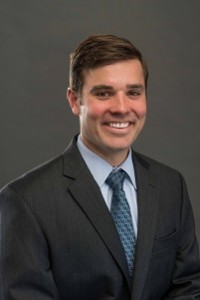 Sean Rothrock graduated with an MBA in Corporate Finance from the University of San Diego in May 2017.   He graduated from Louisiana State University with a Bachelor of Science in Geology.  Sean’s work experience prior to pursuing an MBA was in the petroleum industry, primarily in Houston, TX as an Exploration Geophysicist.

During the course of his MBA studies, Sean gained significant international business exposure while taking courses abroad in Hong Kong, Tokyo, Lisbon, and Madrid.  When not studying at Copley Library, Sean is most likely enjoying San Diego’s natural beauty while surfing or hiking.

3D Printing – it’s been in the news lately, the mayor of San Francisco recently…

MFG Day 2016: A Celebration of U.S. Manufacturing by Chenell Braddock

National Manufacturing Day also known as MFG Day, is a celebration of modern manufacturing meant to inspire the…