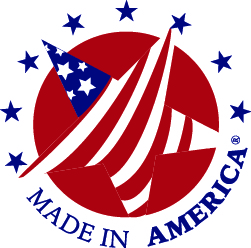 Before considering how to rebalance your global supply chain, first you should take a look at the changing landscape of manufacturing. Rising costs in China and shifting global economic forces are pressuring companies to reevaluate their global manufacturing strategies and consider reshoring operations and jobs back to America. But reshoring can be a lot trickier than you think. It takes careful consideration, planning and execution.

Before we can begin to plan and execute a successful reshoring strategy, we should take a look at what has happened globally in manufacturing and the direction of American manufacturing.

In the U.S., the manufacturing industry is dynamic and ever changing. The industry has experienced many downs over the last decade, but there are positives that must be considered before the industry is ruled out.

While the industry lost many jobs during the first decade of the 21st century, January of 2010 brought a change to employment numbers. There were approximately 11.5 million manufacturing jobs in the U.S. in January of 2010. By April 2014, this number increased to 12.1 million. The industry has added or restored nearly 600,000 positions.

The positions in the manufacturing industry are not all low-paying assembly jobs. Skilled and educated workers are needed to meet the growing demands of technology. In the year 2000, approximately 14 percent of the manufacturing workforce had less than a high school education. In 2012, this number dropped to a little over 10 percent.

In 2000, 16.3 percent of the manufacturing workforce held a bachelor’s degree. This number increased to 19.9 percent in 2012. The rate of those holding a graduate or professional degree also rose during this period. It is expected that the need for more skilled workers will increase as the U.S. manufacturing industry continues to rebuild.

Low labor costs drove many American manufacturers to outsource production to other countries. For years, very few products were manufactured in the U.S. The tide is turning as companies are brining manufacturing back to the states.

Many factors have come into play as manufacturers decide that reshoring is the better choice. Companies want greater control of the manufacturing process and the quality of the products produced.

Overseas wages are rising. While these wages are still less than the wages required in the U.S., additional factors have added to the costs of outsourcing. Transportation costs have risen. From sending material overseas to the return of the completed product, the costs have begun to outweigh any savings on labor. As wages overseas continue to rise, and production costs further increase, bringing production home is the best solution.

Reports indicate that 200 or more companies have begun to return to domestic manufacturing. More manufacturers are coming on board as they recognize benefits of American-made products.

The manufacturing industry makes up the majority of the dollars invested by the private sector in research and development. From the beginning of the assembly line, American manufacturing has been driven to innovation and the development of new products.

In 2011, R&D investment accounted for a total 3.2 percent of all domestic net sales costs. The manufacturing industry spent 3.9 percent on R&D while non-manufacturing spent only 2.3 percent.

While the industry has been maligned for many years, there are plenty of reasons to continue to be optimistic about the future of the manufacturing industry in America. Continued improvements in technology and the use of lower cost and renewable energy sources should further the growth needed for the industry to regain its strength.

Why Walmart is so important to US manufacturing
– Rosemary Coates, Executive Director

Check out Rosemary Coates', our Executive Director, blog on the Supply Chain Management Review: Why…