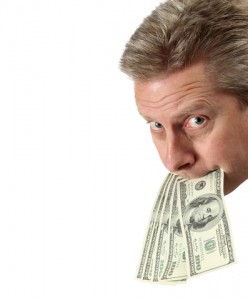 Last week we were in Denver, CO for the Walmart US Manufacturing Summit where Walmart recommitted to investing in American-made products. The two-day event started with the Mayor of Denver welcoming us and then stating his case on why Denver is the best place to manufacture. We heard from the CEO of Walmart, several other Walmart executives, several mayors and governors from around the US.  The governor of New Mexico spoke of all the work that has been done to entice manufacturing to the state including a new engineering technology program for high school students that will enable them to get right to work.  The governor of South Carolina was broadcasted live from the Element Electronics’ manufacturing facility. The US Department of Commerce offered assistance for companies wanting to Reshore. 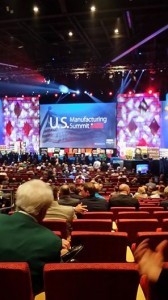 Woven through the presentation Walmart officials, including their Made in the US team. not only told us why they were investing in America but how.  They spoke to us logically, how bringing manufacturing back was the right thing to do, and they engaged us emotionally. They showed us videos of how they were helping to reopen factories and how companies like Little Tikes have been making a difference in people’s lives since 1969. The crowd was affected by the many stories of people being reemployed in manufacturing.

The following day was an opportunity to make connections. Suppliers from across the US were represented;consulting, packaging, metals, plastics, apparel etc. Meetings were held with each other and with some of the 42 states in attendance. Discussions around how “we” could work together to bring manufacturing back were held at booths and partnerships were formed.

So almost a week later, I feel like change has started and we are headed in the right direction.  Like they say, Rome wasn’t built in a day. There are very real stories of companies that have benefited from assistance from Walmart.  1888 Mills was able to reopen a factory and provide over 100 jobs in Georgia after obtaining a multi-year contract from Walmart.  Element Electronics opened a brand new factory in South Carolina and created 500 new jobs.  Little Tikes and other toy companies have committed to staying in the US.

These stories would not be told without the assistance of Walmart.  As I mentioned in my last blog, we have been pushing for better, cheaper and faster for too long and it’s put pressure on retailers. I find it refreshing that a retailer is now saying “Sure, I can give you that, but let’s put a Made In the USA sticker on it!”

US Experts See Growing Desire to Curb Outsourcing to China

Made in USA or Assembled in USA? It Depends.

Before a manufacturer labels a product “Made in USA” or “Assembled in USA,” it is…

Competition is inevitable and businesses aren't the only entities that have to compete. Since the…