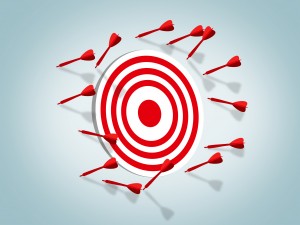 Failure is hard.  Hard to admit, hard to accept and hard to reflect on.. Last month we discussed how to avoid the pitfalls of reshoring.  We used “pitfalls” as a kind way to say “How Not to Fail” but really what is wrong with failure?  Some of the most successful people including Steve Jobs, Oprah Winfrey, Thomas Edison, Bill Gates and Michael Jordan had to fail before they could succeed.  Failure is a way of setting the boundaries and discovering what not to do, so when you pick yourself up and dust yourself off, you can move forward.  We are often told that if we don’t learn from our past we are doomed to repeat it.

Lately, the media has been telling and retelling the Otis Elevator story.  Rosemary has been asked to write articles about it for both CEO and CFO magazines.  Why are we so attracted to stories of failure?  As I was preparing to write this blog I encountered another story of failure – China Malls Reinvent. This mega mall in China, marketed as the largest mall in the world was closed because they were unable to attract enough customers. Now it is being reopened under new ownership with a different target market – locals – and the addition of restaurants, clinics, doctors, dentists and offices.

American Manufacturers must learn from the mistakes that Otis Elevator and others have made when attempting to Reshore.

A consultant friend of ours likes to say  ”Fail Forward,” meaning that you must try again after you fail, in order to move forward toward success.  This may mean you must rethink your Reshoring project and perhaps get help to move forward.

Blue Silk Consulting is here to help you navigate the path of Reshoring!  We evaluate and score a company on 10 dimensions including Innovation, Automation, and Localization. Before we recommend that you proceed with your Reshoring effort, we identify your strengths and weaknesses and provide a road map for the way forward.  We have learned from others’ mistakes and can help you succeed!

In the wake of the coronavirus pandemic, many iconic retail brands, such as JCPenney, Neiman…

Rising Cost of Doing Business in China by Sean Rothrock

US Experts See Growing Desire to Curb Outsourcing to China