China was once considered the world’s international manufacturing location but even before the pandemic hit, making us all experience trying times, American companies were starting to rethink their global supply chain strategies, and countries like Vietnam and Indonesia were already looming on the horizon of possibilities.

The Socialist Republic of Vietnam (or simply Vietnam) is located in Southeast Asia, south of  China, and with more than 95 million inhabitants, is the 15th most populous country in the world. The capital of the country is  Hanoi but the most developed urban center, considered the commercial hub, is Ho Chi Minh city also known around the world by its former name, Saigon.

A manufacturer who has a strong foothold in Vietnam is Nike, the giant consumer products company recognizes that “virtually all of their footwear is manufactured outside of the United States by independent contract manufacturers… for the fiscal year 2019, contract factories in Vietnam, China, and Indonesia manufactured approximately 49%, 23%, and 21% of total Nike Brand footwear, respectively.”

Once the hub for American companies searching for cheap labor costs, China has seen its position as the world’s factory shifting to other countries. China’s increased labor costs, government tensions, and lack of locally manufactured products during a pandemic has driven international companies to pursue more safe and robust supply chains developing different manufacturing strategies and diversifying international suppliers.

But the decision to leave China is not simple, several perspectives must be evaluated. In addition to being the main manufacturing ground for the Asian market, the country is also a strategic market for every consumer product that a company can produce. Moreover, leaving almost always involves problems with intellectual property, government strict disinvestment regulations, and taxes.

One option to avoid facing those problems is to keep in China part of the production and bring back home products that can take advantage of advanced manufacturing processes. Usually, the goods considered high touch – low tech are more suited to low-cost countries such as China, Vietnam, and Indonesia.

It is impossible to predict how things will settle after COVID-19 and what the new normal will be, but we do predict that many manufacturing companies will keep moving out of China or will build additional factories in other developing countries such as Vietnam. As the Reshoring movement gathers more traction, perhaps more companies will bring manufacturing back to America. 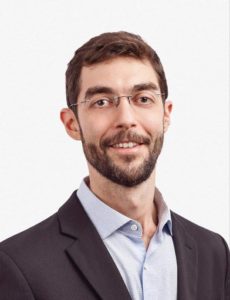 Rafael Ferraz is an Industrial Engineer pursuing a Masters of Business Administration at the University of San Diego and is expected to graduate in May 2021.

During his undergrad at the University of the State of Rio de Janeiro, in Brazil, he studied business in France at the Université Pantheon-Assas Paris II through an international extension program and worked as an intern for Accenture and Bureau Veritas.

After graduation, he worked for Petrobras before moving to San Diego.  He reached the semifinals in the Fowler Business Concept Challenge and the 3rd place at the Sempra’s Case Competition.

How to Avoid – and Defend – Supply-Chain Disputes

SupplyChainBrain.com Disputes with suppliers can be costly. Now there's a guide to avoiding them -…

5 things to consider when Reshoring – Skills

Ron Garnett Joins the Board Of Directors of the Reshoring Institute

Mr. Ron Garnett will assist the Reshoring Institute in its efforts to provide support for…