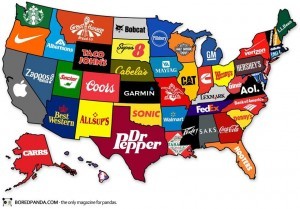 American companies that produce products in America…what a concept!

The latest Reshoring effort to hit the news is that textiles are returning to the Carolinas, according to the Sacramento Bee, Keer, a Chinese textile company is opening a factory in South Carolina this year bringing back 500 of the 11,000 jobs that were off-shored in the last twenty years.

Last year Lenovo, a Chinese computer company opened a manufacturing facility in North Carolina.  Lenovo officials say it’s still cheaper to manufacture computers overseas but “speed of execution is key.”  Having a facility in the Americas enables Lenovo to adapt to the market faster.  Korean semiconductor manufacturer Samsung has opened fabrication facilities in several different countries including a multi-billion dollar facility in Austin,TX. They make microchips for their own smartphones and a wide range of other products.

Keer, Samsung and Lenovo are examples of companies that are “localizing” as we suggest that all companies do.  Faster time to market, increased quality and IP security, and decreased shipping costs are only some of the reasons why American companies should localize and bring their production back to America.  If Japanese, Chinese and Korean companies can do it…so can we!

If you are interested in Reshoring but don’t know where to start… We can help! Contact us today.

Over the past few weeks, I have been fortunate enough to work with many small…

During my internship at the Reshoring Institute, I have been responsible for a number of…