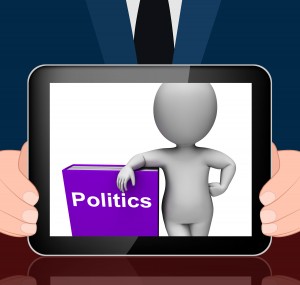 Do you know how your manufacturing can take advantage of federal and local incentives, the current labor market and the desire for “Made in the US” goods?

The tide of public sentiment towards outsourcing has sifted as a result of the economic downturn, lingering unemployment and the publicized horrendous human toll on foreign workers. Government, at all levels, is jumping on the bandwagon with incentives and programs to support local manufacture and employment. Companies large and small are highly publicizing their return to manufacturing to the US. In an earlier Blog, “5 things to consider when Reshoring”, we identified the political environment and public sentiment as crucial in manufacturing location decisions. In today’s blog we will consider how public sentiment and government incentives play into a reshoring decision.

Our November elections put on display the deluge of public sentiment created in the economic downturn and the resulting lingering unemployment. Add to that the frequent appalling events that have cost many humans lives in sub-standard foreign factories, the foreign bribery investigations, the political unrest in the Middle East and you have a perfect storm. American’s appear to be waking from the lowest cost at any cost buying pattern to being consciously concerned where the products they purchase are manufactured.

Made in America is making a come back not as just an empty slogan but as both a positive jobs market message and as a result of higher quality American goods. A recent poll indicated that over 80% of Americans are willing to pay more for U.S.-made products. Why? 93% of the people say it’s because they want to keep jobs in the USA. Other surveys indicate that for similar products U.S.-made vs. China, the average American is willing to pay up to 60% more for U.S.-made wooden baby toys, 30% more for U.S.-made mobile phones and 19% more for U.S.-made gas ranges. Taping into the wave of positive public sentiment for US jobs and the goods they produce plus the large employment pool is an essential consideration in your reshoring strategy.

In these ultra-partisan times, the ground swell of public sentiment on jobs and producing goods in the U.S is one of the few issues both Democrats and Republicans agree on. With bi-partisan support the White House has started various federal initiatives to bring manufacturing back. We see the main tenants as:

Many Cities and States are vying to become the new location for the highly automated an efficient factories of the future. Tax and other financial incentives continue to be offered by State and Local governments as ways to entice businesses to come to communities. These incentives, along with many Federal programs are particularly important to your analysis of the total financial picture. Be sure to include expert analysis of local, state and federal incentives when you consider reshoring.

This is the last in the detailed series on 5 things to consider when Reshoring. For all of the reasons we have explored in these 5 areas, we believe that to rebuild a strong America, we need to bring our manufacturing underpinnings back to the U.S. Thinking strategically and considering all aspects of the reshoring decision is critical for the future of your company. We hope this series has provided useful information for your decision. 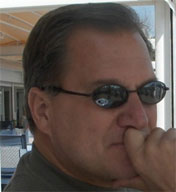 Mr. Page is a Vice President at Blue Silk Consulting. He is well versed in the Asia Pacific region and OEM, Alliances and Partnership business development. His uncommonly broad and deep knowledge in business and technology plus wide experience enables him to see and communicate joint value, craft exclusive market opportunities, execute intricate projects and deliver tangible results. His consulting style provides the basis for negotiating profitable contracts, executing marketing-making initiatives, delivering high value projects and nurturing enduring relationships. His skills were gained and honed while traveling the world to work in and with organizations ranging from start-ups to the largest international corporations. Prior to BSC, he was the WW Software OEM Manager for the Asia Pacific region at HP, Director of Application and Integration Services at Answerthink, Director of America’s Consulting Services at Viasoft and Director of Redevelopment Services at James Martin & Co.

Of the many things 2020 taught us, one key takeaway was understanding the global supply…