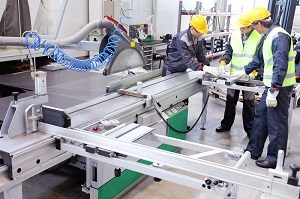 While doing a customer project for the Reshoring Institute, I researched the US Contract Manufacturing market, specifically in the industries of bicycles, motorcycles, metal product producers, plastic injection molding producers and dollies and carts manufacturers. I found that many of the companies that have manufacturing plants within the United States really stress the fact that a lot of their products are “Made in America” or “Veteran founded” or “Women-owned”. These slogans are usually the first thing that pops up on many of the companies’ websites, as a form of advertising or a way to differentiate themselves from other companies within their industry, particularly those where large corporations are the main players within the market.

In direct alignment with the recent push for reshoring, many of these U.S.-based manufacturers are proud to be manufacturing products within the United States. Many of these US Contract Manufacturing companies have faced competition from overseas. manufacturers, especially in production and material costs. I found it interesting that the majority of these manufacturing plants are collectively located in the mid-west and the industrial northeast, commonly known as the “Rust Belt.” This is the industrial heartland of the United States. But, as the National Association of Manufacturers shows in a recent data set, California and Texas have very large presences as well. These manufacturers started out as either family owned and operated businesses or hobbies that people enjoy doing. 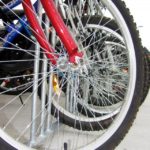 A family-owned business is a true American success story, and this is how some contract manufacturers have kept their businesses within the family for generations. Another great example of an American success story is within the bicycle industry. Many of the owners of US Contract Manufacturing Companies that I read about during my in-depth US manufacturing research really enjoy biking and what better business than a hobby where you truly are inspired to work and share with the world? A perfect job is a job that a person enjoys doing. Manufacturing is the backbone of America and these businesses are the proof. 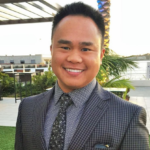 Paulo Sotiangco is a Student Researcher for the Reshoring Institute. He is a Double major in Business Administration and Finance at the University of San Diego and will be graduating May 2017. He started his career with the United States Air Force as a Weather Intelligence Analyst and a Continuous Improvement Manager where he worked with Unmanned Aerial Vehicles and assisted U.S. Air Force personnel. He donates his time with the Student Veterans of America in the cities of Los Angeles and San Diego where he helped student veterans with resources, support, and connectivity to their respective communities.