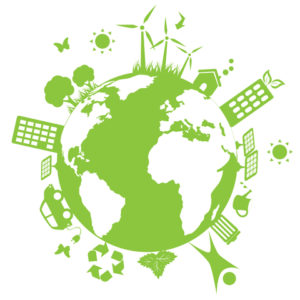 In early 1776, Thomas Paine’s ink quill would scrawl the following idea across a thin piece of parchment: “A long habit of not thinking a thing wrong, gives it a superficial appearance of being right, and raises at first a formidable outcry in defense of custom. But the tumult soon subsides. Time makes more converts than reason.” Thomas was in the midst of writing Common Sense, a pamphlet which would become the first document to openly advocate for independence from Great Britain. The concepts contained within would alter the course of the known world and eventually lead to the formation of the United States of America. Nearly two hundred fifty years later, Thomas’ ideals of sensibility still ring true in addressing some of society’s greatest challenges.

However, today, we face a very different kind of problem: climate change. This phenomenon, caused by the excessive emittance of greenhouse gases into Earth’s atmosphere, threatens to fundamentally erode nearly every aspect of how we live our lives. A considerable amount of greenhouse gases come from the unsustainable ways that business is conducted on a daily basis. With the advent of modern transportation, globalization and offshoring have become commonplace for many companies across the United States. With this adoption, the distance that products travel in order to move from manufacturer to consumer has increased at an alarming rate. If you were to list out all of the items in your home and choose one at random, it would not be uncommon for the product to have traveled thousands of miles before arriving in your shopping cart. As the number of miles that products travel increases, greenhouse gas emissions rise, bringing with them a greater level of environmental degradation.

Reshoring, the act of bringing manufacturing back to the country in which goods are being sold, offers a sensible solution to this destructive pattern. By simply making our items in the same place we sell them, reshoring provides a logical avenue with which firms can cut emissions while simultaneously stimulating their local economy. Sustainability and reshoring, in the most rational of ways, are a natural duo. The process of reshoring allows us to minimize our resource usage while creating sustainable networks that will help protect generations long into the future. Sometimes, in the face of a complicated problem, all you need is a little common sense. 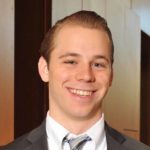 Zach Sudnick is currently pursuing a Masters of Business Administration at the University of Kentucky. He holds BA degrees in Individualized Studies, Sustainability, and Energy from Miami University.

Zach has worked as an intern for a number of environmentally-focused non-profit organizations and government agencies and has held numerous leadership positions within community-based and sustainability-centered student organizations. In his MBA program, Zach will be working as a business consultant for a non-profit food bank with the mission of distributing food to the hungry throughout the state of Kentucky.

5 Benefits of Reshoring by Rebecca Kennedy

5 Reshoring Benefits In recent years, there has been a strong push from both American…

China was once considered the world’s international manufacturing location but even before the pandemic hit,…