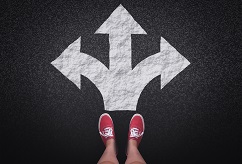 Does it Still Make Sense to Go Offshore?

There was a time not so long ago when it was common wisdom that anything you wanted to manufacture could be made more cost-effectively on foreign shores.  Post WWII, the label “Made in Japan” was as ubiquitous as “Made in China” is today. In the interim, Korea, Indonesia, Malaysia, and other Pacific-rim nations have each had their turn at being the low-cost alternative to manufacturing here in the United States.

As a wise philosopher named Dylan once wrote, “The times they are a-changing.”

In recent years, the cost of off-shore manufacturing has been rising steadily as skilled labor becomes scarcer and the unskilled labor pool dries up.  Last January, The Economist investigated the total cost of production in America, including shipping, customs, duties, and other fees, and found that the tide was turning!

When you add in soft costs like travel and other miscellaneous indirect overhead, the benefits of manufacturing in Asia begin to dwindle quite rapidly. Many predict that, as soon as 2015, it will cost about the same to manufacture in the US as in China, particularly in the electronic, machinery, and electrical equipment sectors.

A case in point is the Nissan auto plant in Smyrna, TN, which manufactures the Nissan Leaf for the North American market. When the vehicle first launched in 2010, it was manufactured entirely in Japan, but it rapidly became apparent that, when transportation and the multitude of other related expenses were considered, final costs were significantly higher than they would be if it were manufactured here in the United States.

Nissan decided to relocate its plant to Smyrna and began production of the electric motors in nearby Decherd, TN shortly thereafter. However, because there was no domestic source, the special magnetic wire used for the windings in these motors still needed to be shipped in heavy, bulky crates from Japan. Enter Fort Wayne, IN-based Superior Essex who now provides Nissan with these critical materials. Nissan’s production manager Coral Kanies says “Getting the wire within the U.S. saves a significant amount of money on each vehicle; a savings that results in lower prices for our customers.”

In addition to the Leaf, Nissan has expanded the Smyrna plant’s production to include the Altima, Maxima, Pathfinder, QX60, and Rogue. They have clearly recognized the advantages and value of manufacturing in close proximity to the marketplace, and have extended that principle to include local sourcing of the requisite materials necessary for production. Nissan’s goal for 2015 is to have at least 85% of the vehicles they sell in the U.S. built in North America.

This trend of onshoring (Reshoring) has the twin advantages of lowering manufacturing costs as well as breathing life into what had become a flagging domestic manufacturing industry. Companies here are being launched, re-purposed, or resurrected to deal with the increased demand, and U.S.-based contract manufacturers are enjoying an especially encouraging resurgence.

Westborough, MA-based Columbia Tech is one example of a domestic contract manufacturer and engineering service provider that is taking full advantage of the upswing in opportunity. President and CEO Chris Coghlin pointed out that, in addition to standard cost factors, “…when contracting manufacturing and engineering suppliers in the US, you also have a high level of assurance and confidentiality when it comes to intellectual property protection.  You operate under familiar US laws and regulations and are assured of compliance with labor laws, avoiding the taint of contracting with a firm that uses unethical labor sources or engages in other unacceptable practices.”

No matter which sector of the manufacturing industry your company is involved with, it is certainly in your best interest to investigate the full costs of doing business overseas – and those costs go well beyond that of just labor.

You might be pleasantly surprised at how affordable domestic manufacturing has become!

Stephen Jacoby has had a long career in the tech industry and has been a frequent contributor to MassBusinessBlog.com, PrototypingEngineer.com, and several other venues. Topics range from the complexities of an international economy to the latest in whizbang technology.

With the announcement of the tariffs, many companies are starting to investigate moving manufacturing back…

Mr. Mendez will assist the Reshoring Institute in its efforts to help companies that want…