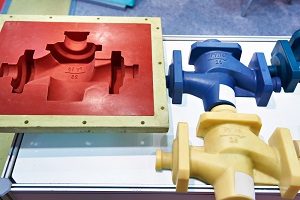 There are many compelling arguments for reshoring of manufactured goods, not the least of which is the current state of affairs between the U.S. and China and the so-called Tariff War. It is no longer simple mathematics. It’s not a clear-cut choice anymore, it’s about “landed cost”, logistics, delivery schedules and much more. The bottom line is not necessarily the bottom line. This is about dollars but it is also about protecting yourself and your company from an uncertain and sometimes volatile global political environment. It’s about hedging your bets and protecting your investments. With the gap narrowing between costs to manufacture overseas versus domestically, the advantage is no longer as pronounced as it has been in the past. Couple that with tariffs in the 28% range and the cost to ship many products from China and Southeast Asia, and at the very minimum, reshoring needs to be a consideration and part of the equation when sourcing products there. The simple mathematics previously referred to say that it is so but when you consider other factors such as lead times, quality control, replacement of lost or unacceptable product, communication difficulties, etc. there are many reasons to consider your options.

As Business Development Manager of Sare Plastics, a Custom Injection Molder of Plastic Parts and Products in Alliance, Ohio, I get to hear both sides of this issue quite often. Many potential customers are still convinced that they must source overseas to remain competitive. The truth is that if you are looking at it solely on the base price of the product you might be doing yourself a disservice. Look at all of the factors now and for the foreseeable future then make an informed decision. As a sourcing manager, it costs very little, mostly just time, to make the comparisons.

Can U.S. manufacturers really compete? I can only speak for Sare Plastics and relative to my Industry but Sare has actually had personal success over the past three years with reshoring of products previously manufactured overseas. I will give three quick examples of projects we have “Reshored” (all of which were acquired prior to the current Tariff concerns). The first involves the American Flag of all things. Three years ago we were approached by one of the major manufacturers in the Flag industry wanting to source several of their plastic parts domestically (previously sourced in China). This was not driven as much by a sense of patriotism as it was by their largest customer’s mandate to provide more American-Made-Products to their several thousand stores. Another factor was finding a molder that was within reasonable proximity to their manufacturing facility. Also, pricing still needed to be within striking distance of our overseas competition which it was. Three years later and we are still successful, mission accomplished. One totally unforeseen benefit to this customer was that they were not only able to make their customer happy and improve delivery to their own plant but also found they were able to extend their sales season because there was no longer any uncertainty of when they would receive the product. Their Sales Season improved by at least two months and the bottom line with it.

Another example of a product that was brought to us by a motivated potential customer with a need was a very simple flexible PVC part used in the power generation industry. This came to us through the engineering group of a major East Coast Electric Power provider. There was a need for a custom part used in their switchgear and electrical panels. Previously, they had only been able to locate something similar overseas. The overseas option not only didn’t fully meet their specifications but also could not be relied on with regard to delivery in a timely fashion. Again, this company was willing to pay a small premium to have the product that they wanted, the quality required, and when they wanted it. The need for this very simple product was great and they were able to partner with Sare to find a solution which in essence was to Reshore.

The final example I will share is actually a large plastic product for an Australian Company wanting to produce their product “in the market that they are selling to” which is the U.S. It is a product line that they currently produce and sell in Australia and they are fully aware of their options with respect to producing in Southeast Asia or China. The size of this part makes it unattractive to ship to the U.S. market however their philosophy still is to make in America what they are selling in America. This is a project that has taken off over the past year and has been successful for both Sare and for our customer.

Even though there are still many good legitimate reasons to produce products overseas, the opportunity and justification for Reshoring is greater now than it has been probably in decades. I do know in the plastics industry there are many more reasons to consider it today then there have been in several years and believe there will be even more reasons over the next few years to make it worth considering.

Overseas Production Could Actually Be Costing You More by Danny Brown

A friend of ours had some car trouble and purchased a part online, using overseas…