The Intersection of Manufacturing and Politics in the 2016 Elections

We’ve all heard speeches about great things that will be achieved by incoming candidates running for office. They promise the creation of new jobs and the rebuilding of the economy. But, whatever happens to those goals?

As a relative newcomer to the nationwide political scene, President Obama swept the American public away with his vision of hope for the future. During one of his early speeches, he announced that he would help to create one million new manufacturing jobs by the time he left office in 2017 (American Made). This would be great for the economy, but a hefty goal by any observer’s account.

Currently, we are about halfway there in terms of jobs created (AMA), with only sixteen  months  to go, it looks like the pace of job creation is not as high as was expected. This is problematic because job growth is a clear indicator of economic growth. If the economy is not doing well, then the incumbents may be in trouble – and not just the individuals that make tough claims, but for all elected officials and representatives. 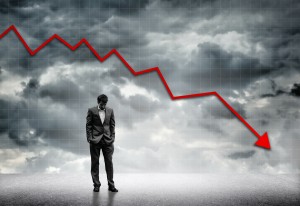 In 2008, the economy was headed towards disaster due in part to 2.6 million-job losses that year during the Republican control of the Whitehouse.  It was no surprise when the Democrats took control, including “safe seats” in the House and Senate.  The American public was looking for change and Obama promised he would be the man to do it.

If the past is any indicator, the importance that promises are kept by political leaders, and the perception of strength in jobs and the economy drive election results.  Americans are demanding that more jobs are created and at a quicker pace or another change of the guard may happen on the federal, state, and local levels. This is particularly true where manufacturing is a top priority of the region.

As we head into the upcoming US political storm, be ready for some big growth numbers in the manufacturing industry to end the year or we may see it become a hot topic in debates throughout the country.

US manufacturing is growing as the industry continues to see reshoring companies pave the way for growth. We need to listen to politicians’ messaging regarding how they will continue to bring manufacturing back. The coming dialogue should include improved incentives from politicians if they want to win over their constituents in 2016.

Important incentives politicians need to consider include; tax credits, tax exemptions, grants, low-interest loans, training programs, marketing programs, and innovation centers.  In order for politicians to garner the support they need this election period, American voters need to trust that these politicians are willing to pass needed legislation that will increase the speed of manufacturing reshoring to the US. 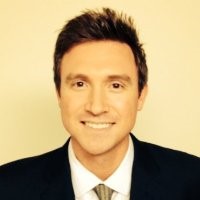 Blog written by Ivan Reed, Student Intern at the Reshoring Institute www.ReshoringInstitute.org. Ivan served as the campaign director for several political campaigns, has worked in legislative offices, and has run several political clubs. He now studies Business Administration at University of San Diego, where he is earning an MBA degree.

Why Walmart is so important to US manufacturing
– Rosemary Coates, Executive Director

Check out Rosemary Coates', our Executive Director, blog on the Supply Chain Management Review: Why…