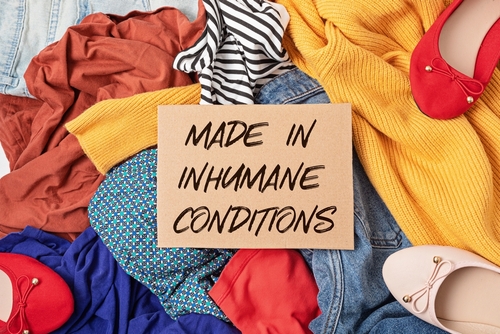 Garment-making hotspots Bangladesh, Vietnam, Pakistan and Turkey are all on the latest DOL list over forced labour concerns. This is despite both Bangladesh and Pakistan currently being among the top 10 biggest suppliers of apparel and textiles to the US. Thematic Research- ESG – Governance Factors by GlobalData The news will arguably be concerning for Bangladesh as it is working hard to prepare its readymade garment sector for growth ahead of its graduation from least developed country (LDC) status. It will continue to benefit from duty-free access to the European Union, Canada, and Japan until 2027. Notably this does not extend to the US so it will be vital for the nation to keep all relations positive and strong. In saying this, China remains the largest apparel supplier to the US despite forced labour tariffs and ongoing allegations of forced labour in the Xinjiang region. It does benefit from being widely regarded as an efficient and cost-effective option when it comes to apparel sourcing. The president and CEO of the National Council of Textile Organizations, Kim Glas applauded the recent decision to keep the US’ forced labour tariffs against China in place, saying they only serve to benefit the US garment industry. She told Just Style last week more US companies are either moving production back home by reshoring operations or shifting production closer to home through nearshoring and US garment manufacturing is clearly on the rebound. Some of the countries listed on the DOL list as having forced labour issues do benefit from being good nearshoring options for the US such as Mexico, Brazil and Argentina. Will any or all of the countries cited in the DOL list influence US apparel executives’ future decisions to source from those regions? Only time will tell. Key garment-making hubs named on US forced, child labour list Garment and textiles made in Bangladesh and Ghana have been identified on the US Department of Labor (DOL) of products made using forced and child labour. Bangladesh’s RMG industry preparing for next phase of growth Bangladesh’s readymade garment sector is preparing for its next phase of growth as it looks to contribute to the country’s economic development. China tariffs are working in nearshoring manufacturing China tariffs have significantly contributed to the new ‘bringing it home’ trend in US fashion manufacturing, writes Kim Glas, president and CEO of the National Council of Textile Organizations. Experts reveal secrets for achieving sustainable, resilient supply chain Just Style hosted a panel discussion at the World Trade Organization’s Public Forum 2022 on 27 September to uncover the steps trade policymakers, fashion brands and supply chain executives should take to achieve a more sustainable and resilient supply chain. Most read on Just Style this week… Shein commits to reducing supply chain emissions Why sustainability is inextricably linked to apparel purchasing practices Tesco to withdraw footwear from F&F offering Matalan up for sale as Nigel Oddy appointed interim CEO Nike launches JD Sports partnership despite wider direct to consumer strategy Under Armour prioritises use of recycled and renewable materials Climate change textile project proves fruitful Joules moves to assure markets of good turnaround progress

What’s needed to make it in America? Public-private partnerships that cultivate a highly skilled workforce

Getty Images It’s a common refrain we hear from every corner of our economy: too…