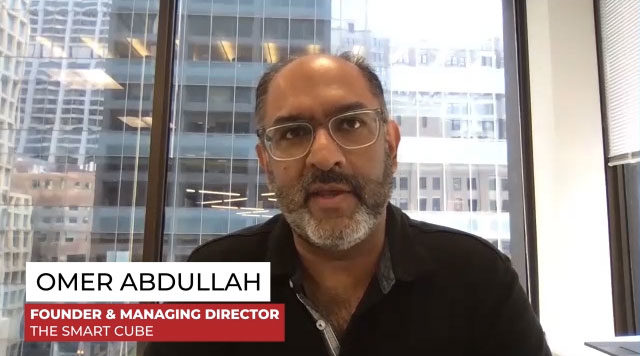 Play Video Play Mute Current Time 0:00 / Duration Time 0:00 Loaded: 0% Progress: 0% Stream TypeLIVE Remaining Time -0:00 Playback Rate 1 Chapters Chapters descriptions off, selected Descriptions subtitles off, selected Subtitles captions settings, opens captions settings dialog captions off, selected Captions Fullscreen This is a modal window. Foreground — White Black Red Green Blue Yellow Magenta Cyan — Opaque Semi-Opaque Background — White Black Red Green Blue Yellow Magenta Cyan — Opaque Semi-Transparent Transparent Window — White Black Red Green Blue Yellow Magenta Cyan — Opaque Semi-Transparent Transparent Font Size 50% 75% 100% 125% 150% 175% 200% 300% 400% Text Edge Style None Raised Depressed Uniform Dropshadow Font Family Default Monospace Serif Proportional Serif Monospace Sans-Serif Proportional Sans-Serif Casual Script Small Caps Defaults Done Omer Abdullah, founder and managing director of The Smart Cube , lays out the subtleties and complexities of making the decision on whether to bring manufacturing back from Asia to the U.S. There are “a host of issues” to address in deciding whether to reshore, Abdullah says, involving both internal and external considerations. Internally, companies must decide whether the time and money that they’re spent over the decades on sourcing in Asia, and the interconnected supply chains that they’ve built up during that time, make it impossible to undertake a major shift. The army of suppliers that supports a major manufacturing operation might have to move as well. “It’s a pretty monumental task,” he says. Externally, factors to take into account include the manufacturer’s market presence in the country of production, and the political issues that might arise in response to a move to leave that country. In addition, there are considerations of compliance, both with the current location and the U.S. “There are requirements from a taxation and regulatory perspective, as well as the nuances of countries you deal with,” says Abdullah. “Do you understand the market, availability and capability of skills, geographic aspects, labor variances, risks and demand- and supply-side considerations? And where are you feeding the product that’s being produced?” Companies must also weigh the pros and cons of single-sourcing strategies. On the one hand, they help to foster close relationships with the suppliers in question, making possible strong partnerships and possible gainsharing arrangements. On the other, they expose the original equipment manufacturer to the risk of disruption of that one source of critical product. But there’s also the cost and complexity of a diversified sourcing strategy to be considered. “It’s a balance at the end of the day.”

Click here to view original web page at Watch: The Reality and Practicality of Reshoring Manufacturing to the U.S.

Reshoring as a Trending Choice for Manufacturers

The COVID-19 pandemic and other global events have forced companies to assess their fundamental operations.…

These Stock Picks Will Benefit From More U.S. Jobs, Investments

Companies have more incentives to bring jobs back to the U.S., leading to a rise…