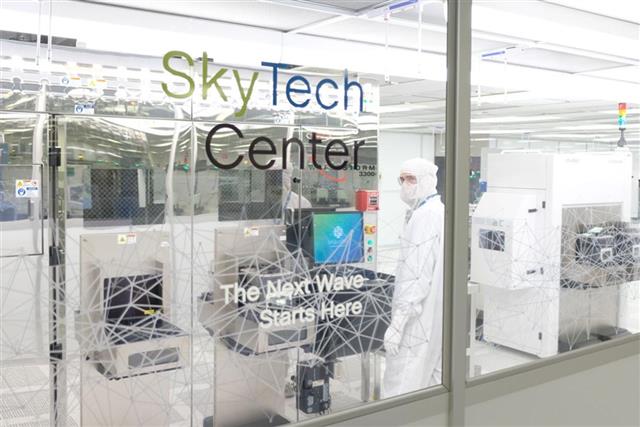 Credit: SkyWater US-based foundry SkyWater Technology has completed the first phase of its program to establish silicon interposer manufacturing, according to an announcement on November 3. The program, named Industrial Base Analysis and Sustainment (IBAS), is funded by the US Department of Defense, and sees SkyWater cooperating with the BRIDG, a not-for-profit public-private partnership based in Florida, US with 200mm wafer fab capabilities, and the the Belgium-based microelectronics research center IMEC. Under the IBAS program, ongoing at SkyWater’s facility in Florida, the foundry seeks to develop a fabrication flow for silicon bridge interposers used in heterogeneous integration, According to SkyWater, the IBAS program aims to establish a comprehensive domestic silicon interposer manufacturing capability, offering an alternative to outsourcing packaging and module assembly to Asia. In the follow-up phases, through silicon vias (TSV) and RF-enabling materials and devices will be incorporated. The technology is available to both government and commercial customers, according to SkyWater. “Prior to 2000, much of the innovation for advanced packaging came from IDM companies,” wrote Alan Huffman, SkyWater’s heterogeneous integration business unit director, in a blog post. Huffman noted how the shift from high-end computing to high-volume mobile market drove packaging manufacturing to Asia, accommodating the low-cost objectives of the market, while leaving high-value innovation resources in the US to focus on advanced node technology development and processor design. In 2016, TSMC’s fan-out wafer-level packaging (InFO) was used by Apple for their mobile devices, demonstrating the impact of 2.5D heterogeneous integration architectures on mainstream applications. The director pointed out a paradigm shift in the industry where packaging technologies previously seen as non-performance enhancing, low-value services become critical enablers for system performance as the smartphone era gives way to the parallel and edge computing era. With heterogeneous integration technologies becoming the key to drive advanced computing forward, advanced packaging supply chain infrastructure is “virtually non-existent in the US”, observed Huffman, “Where does that leave us?” As the only foundry wholly owned by US investors, SkyWater has become a spearhead in the US drive to re-shore advanced semiconductor manufacturing, and has received the “Trusted Foundry” status in 2017, making it a supplier to the US defense industry. When it comes to advanced packaging, the foundry is focusing on three capabilities: silicon interposers, hybrid bonding and fan-out wafer level packaging (FOWLP). While its agreement with IMEC and BRIDG focuses on interposer technology, SkyWater is also cooperating with Deca Technologies to establish the first high-volume FOWLP capability in the US, also in SkyWater’s Florida facility. Through a licensing agreement with Adeia, an IP licensing company spun out of Xperi, SkyWater also obtained hybrid bonding capability for its Florida facility.

Energy Independence Will Not Solve The Global Gas Crunch

Haley Zaremba is a writer and journalist based in Mexico City. She has extensive experience…

Globalization survived Brexit and Donald Trump, and it appeared to be thriving even after the…