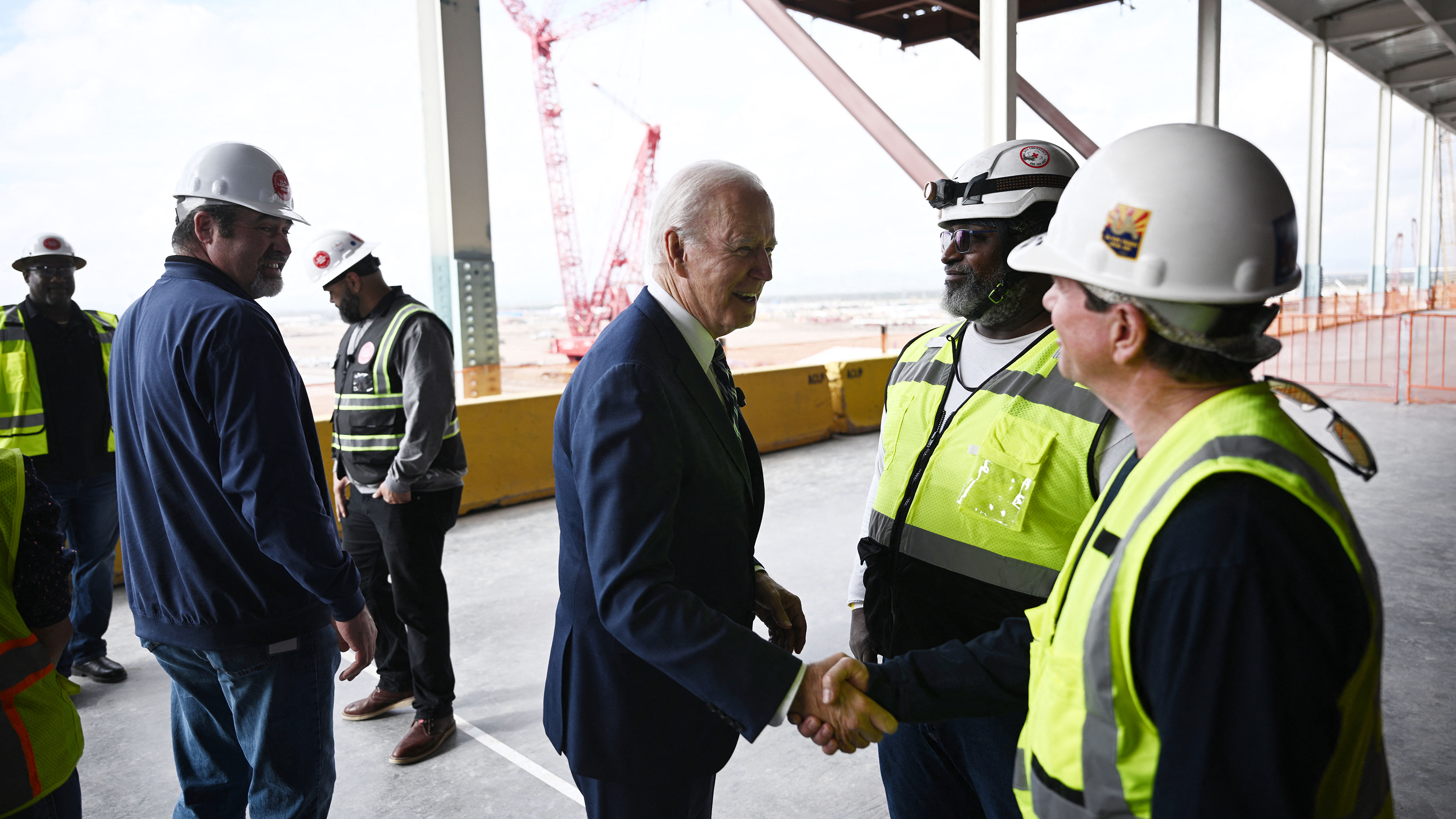 Helping hand: the work of Joe Biden’s administration has helped incentivise the likes to TSMC to invest heavily in its new Arizona plant (pictured above). Image via Getty Images The appeal of the US as a hotspot for mega investment projects received a fresh boost earlier this month, when Taiwanese chip giant TSMC more than tripled its original investment commitment from $12bn to $40bn, as part of plans to develop a manufacturing base in Arizona. Between January and November, the US attracted 30 mega investment projects worth a total estimated capital investment of $117.8bn, according to preliminary data from fDi Markets, eclipsing the record 23 mega projects worth roughly $100bn tracked in 2021, including both interstate and foreign direct investment (FDI). This makes the US the leading destination for large-scale greenfield projects globally in 2022. Of the 30 projects tracked this year, more than 85% were in manufacturing, mostly in electronic components and semiconductors. With the White House committed to bringing back chips fabrication plants (fabs) after decades of offshoring to Asian countries, foreign and domestic producers alike have announced multi-billion dollar projects across the country. TSMC, which first announced a fab to produce five-nanometer chips in Arizona in May 2020, tripled down on its $12bn commitment as it announced a new fab in Arizona on December 6, bringing its total committed investment to $40bn, the company said in a press release. US chips producers have been responsive to the government’s reshoring efforts too. The two biggest deals tracked so far this year have been investments made by California-based Intel and Idaho-based Micron Technology. Intel announced a $20bn fab in Ohio in January; and Micron announced a $20bn fab in Syracuse, New York, in October, which the company expects to be the first stage of an overall development able to mobilise as much as $100bn in investment. Arun Pillai-Essex, managing consultant at Verisk Maplecroft, says that the main reasons behind the US’s emergence as a hub for large-scale projects is the lower costs of setting up facilities in the US and fresh political incentives. “High energy prices in Europe and Asia-Pacific, coupled with recent actions taken by Congress and the Biden administration to bolster domestic manufacturing have provided a powerful incentive for multinationals to establish large-scale projects within the US,” he says. Mr Pillai-Essex cites the Inflation Reduction Act and the Chips bill as key pillars of the administration’s industrial strategy which are “boosting investment” in advanced technologies and renewable energy. The subsidies awarded to Micron and Intel are estimated at $6.1bn and $2.1bn, according to research and policy group Good Jobs First. Beyond that, it finds that US states and localities have pledged $13.8bn in subsidies to at least 51 electric vehicle (EV) and EV battery factories. Dennis Donovan, principal at WDG Consulting, says that there are several factors that drive where these mega projects are set up, such as land availability, energy costs, proximity to customers in the case of EVs, and batteries and water availability in the case of chip investments. If mega projects typically have all these land, energy and water requirements, “these sites are not well positioned for primary sources of talent”, according to Mr Donovan, as they are located somewhat “off the beaten track”. “Suppliers to these projects will also tend to locate within a one-to-three-hour radius, so the workforce challenge is really serious because we have national shortages in the US. Investors need to engage with workforce development and talent attraction in areas where they invest,” he says. The gap between new mega project investments and pre-existing labour shortages is highlighted in cities across the US, particularly in Austin, Texas. Elsewhere, there are concerns over the lack of mega-sites on which to attract more mega projects. Despite a gloomy outlook for FDI globally, Mr Donovan expects investment flows into the US to be on an upward trajectory — in mega projects or otherwise — amid an expectation of sustained growth for the US . “We’re now in an era of regionalisation. If there is not a significant recession, this trend will continue, driven by large and middle market companies who need to have an US presence due to logistics, supply chain risk or to capitalise on growth opportunities,” he says.

Reshoring supply chains to North America could be limited by the region's reputation for protectionism,…

President Joe Biden returned recently from his first foreign trip, during which he sought the help…