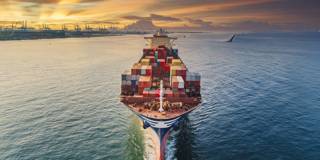 A succession of shocks over the past decade and a half have significantly reversed the dominant international economic trend of the post-Cold War era. But even if reports of globalization’s death have been exaggerated, ongoing disruptions to trade and production networks present major headaches for governments and firms around the world. In this Big Picture , Yale University’s Stephen S. Roach argues that China, the country that has benefited the most from growth in global trade, could now lose the most from a shift toward reshoring and friend-shoring. Dalia Marin of the Technical University of Munich thinks the dawning of a new era of deglobalization should prompt Germany to diversify its foreign trade to reduce its exposure to instability in a particular country or region. And Keun Lee , a former senior economic adviser to the president of South Korea, points to Malaysia and Chile as examples of how developing economies can escape the middle-income trap despite disruptions to global value chains. But, if the globalization paradigm is waning, what might eventually replace it? Andrés Velasco of the London School of Economics hopes that a more subdued, but also more sustainable and longer-lasting variant of globalization will emerge. Harvard University’s Dani Rodrik , by contrast, thinks a new consensus is forming around “productivism,” which emphasizes the real economy, labor, and localism instead of the financial sector, consumerism, and globalism. Featured in this Big Picture

Reshoring U.S. Supply Chain Will be Limited by Costs

Consumerism, work, and investing are all in the midst of dramatic alterations — much of…

Five Predictions For The Manufacturing Industry In 2021