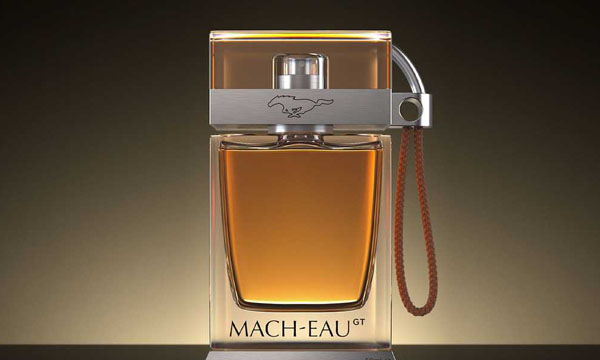 EDITOR’S CHOICE Saying Goodbye to the Dangerous, Alluring Scent of Gasoline “An ad agency asked [Olfiction] to create a scent that would evoke the experience of being in an old gasoline-powered car. The fragrance was intended for ‘petrolheads’ who would miss the smell when driving their new electric vehicle. “Ford sent the resulting fragrance, called “Mach-Eau,” to dealers and motorsports events…but the limited-edition scent stirred up larger demand, and bigger media reception, than anticipated.” Xerox Ventures Invests in Li Industries and Its Groundbreaking Approach to Lithium Battery Recycling “Driven by increasing demand for (EV) batteries and reshoring supply of critical battery materials, battery recycling is poised to be a valuable circularity solution for a complex supply chain sensitive to geopolitical dynamics. “Li Industries has developed an innovative process of automated battery sorting by chemistry type and a novel direct recycling process that recovers battery electrode materials suitable for direct re-use…” Are Regulators Focusing Too Much On EV sales and Not Enough On Retiring ICE Vehicles? “…achieving emissions reductions significant enough to limit climate change will require ‘both rapidly phasing out emitting vehicle sales and significantly accelerating fleet turnover…'” “Should automakers give their current gasoline and diesel cars shorter lifespans, ensuring they don’t last beyond an anticipated transition to EV..” A new program specifically targeting gasoline “superusers” might be a good place to start.” Carbon Capture Won’t Work, But It Will Funnel Billions to Corporations “The most high-profile CCS projects in the country have been multibillion-dollar failures. Even the world’s largest carbon direct air capture facility that’s currently under construction is expected to remove only 0.0001 percent of the CO2 emitted globally per year. “On the one hand, carbon capture has been a colossal, expensive failure. But by another measure it’s been a resounding, frightening success.” BP Reveals Plans for Berkshire-Based £50m Battery Testing Centre “The new facilities will help advance the development of fluid technologies and engineering for hybrid and fully battery electric vehicles, aiming to bring the industry closer to achieving the key tipping points for mainstream EV adoption. “This additional investment will help accelerate the transition to EVs by developing solutions to help decarbonise the transport sector…” North Carolina Banks, Credit Unions Offer Lower Rates for Electric Vehicle Loans “…several banks and credit unions serving the [North Carolina] Triad are plugging in EV loan pitches with interest rates as low as 1.99%. “Bank of America Corp. is offering car loan rates of 4.24% APR for a new EV, 4.44% for a used EV…and 5.19% for refinancing. “Truist Financial Corp. recently launched…email campaign…with the tagline, EV financing that’s always up to speed at 3.38% APR for those “with excellent credit.” Paris to Berlin In an Hour: Welcome to the Future of High-Speed Rail Travel In Europe “The European Commission plans to double high-speed rail traffic by 2030 and triple it by 2050, “Trains already boast impressive green credentials when you factor in their high degree of electrification relative to other transport modes…As it stands, they’re responsible for a mere 0.5 per cent of carbon emissions within the EU.” Electric Vehicles Won’t Kill the Gas Station. They’ll Redefine It. “…important lessons for the EV charging industry to learn from the humble gas station [that] have had negative environmental impacts on their neighborhoods, in some places – especially communities of color – gas stations are an important part of the societal fabric. The Biden administration, for its part, has committed to ensuring that 40% of federal climate and energy investments benefit disadvantaged communities.” Chase the Sun in This Solar-Powered RV “A team from Eindhoven University of Technology in The Netherlands has created Stella Vita, an electrically-powered campervan that is adorned with solar panels to charge its batteries. “Across its roof, the camper has up to 180 square-feet of solar panels, which charge a 60-kWh battery pack to power the van as it drives…the battery pack provides up to 595km of range…solar cells..add an extra 129 km of range on a sunny day.” Arizona Start-Up Reinvents the Wheel for a Cleaner Environment Global Air Cylinder Wheels…developed a new type of wheel that ditches the need for pollutive rubber tires. “The patented ASW is a mechanical wheel constructed mostly of steel with in-wheel pneumatic suspension through cylinders. It is both environmentally friendly as well as cost-efficient.” Rubber OTR mining tires are expensive: for example, a typical 13,000-pound tire can cost up to $75,000 for a useful lifetime of only 6 to 9 months.”

Reshoring Vital To The Future Of Chipmaking

Repatriating offshore manufacturing efforts to the United States – i.e., “reshoring” – is not a…