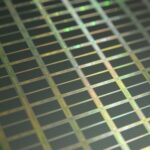 SkyWater Technology, a company which has been very vocal about the need for a secure domestic chip production, continues to show the way by expanding its operations with a manufacturing fab in Florida
The company – which is the only US-owned and operated pure play foundry – has set a course to accelerate domestic advanced packaging capabilities for microelectronics manufacturing. As recent as October the company held a ribbon cutting ceremony celebrating the completion of its facility expansion in Bloomington, Minnesota – enabled by a private-public partnership with the DOD. At the time of the ceremony, SkyWater CEO, Thomas Sonderman, said that “Now is the time for public-private partnerships to build advanced manufacturing technologies to make sure that the infrastructure needed to support the next wave of computing is developed domestically.” And now the company is announcing another public-private partnership with Osceola County, Florida and BRIDG, a press release reads. A new subsidiary has been established, SkyWater Florida, which will assume operation of the Center for NeoVation, a 200 mm semiconductor manufacturing facility that will become the foundation for the company’s advanced packaging technology services. The 109’000 square foot facility will provide SkyWater the opportunity to “rapidly address emerging commercial and government agency needs for U.S.-sourced electronics.” It also features approximately 36’000 square feet of cleanroom space. The new subsidiary will take over operation of the Center for NeoVation and will partner with BRIDG, which is a non-profit organisation created to focus on advanced research, development, and manufacturing for next-gen microelectronics. SkyWayer will support BRIDG with multiple Department of Defense contracts. “Through the partnership of SkyWater and BRIDG, the Center for NeoVation will immediately serve as an epicenter for reshoring advanced packaging capabilities while also driving the realization of state of the art heterogenous integration solutions,” says Dr. Brad Ferguson, SkyWater’s chief technology officer and senior government relations executive, in the press release. The movement from SkyWater, along side its vocal arguments that it’s time to build advanced manufacturing technologies to make sure that the next wave of computing is and can be developed domestically, has been heard. The U.S. Congress has acknowledged the importance of advanced packaging for microelectronics through the recently enacted, bi-partisan National Defense Authorization Act of 2021 which proposes billions of dollars of financial incentives in support of domestic semiconductor development and manufacturing. “We see demand for domestic advanced packaging capabilities firsthand from our customers as we co-create emerging disruptive technologies. Our vision is to establish another SkyWater center of excellence in the U.S. that will broaden the company’s ability to serve as a ‘one-stop shop’ for process innovation, wafer fabrication and advanced packaging,” says CEO Thomas Sonderman, in the press release.

How do I reshore?inshoringmade in the usa labelingonshoringReshoringreshoring initiative
Share This

The COVID-19 pandemic has brought the global interdependency of pharmaceutical supply chains into sharp focus,…

We need to stimulate and sustain supply chain resilience to improve global trade. Here’s how

Poll: How U.S. CEOs Are Modernizing the Industry