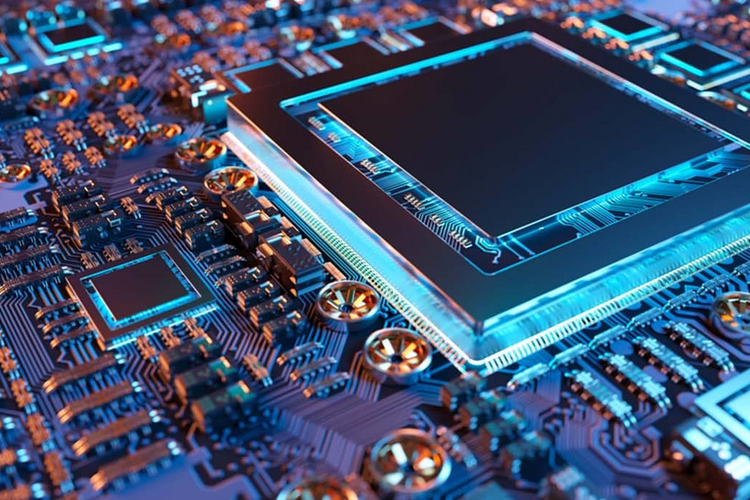 Welcome to Thomas Insights — every day, we publish the latest news and analysis to keep our readers up to date on what’s happening in industry. Sign up here to get the day’s top stories delivered straight to your inbox. Silicon-based chips, known as semiconductors, are a vital component of many electronic devices and are responsible for operating smartphones, computers, planes, and automobiles. They can be credited for the 5G on your ultra-thin smartphone, how complex and risky surgeries are becoming safer, and the rise of autonomous vehicles. In essence, they make modern-day life more convenient, more efficient, and a great deal more entertaining. So, when the world faced a global chip shortage in 2021, the impact was, unsurprisingly, huge. What Caused the Semiconductor Shortage? The COVID-19 pandemic exacerbated existing supply chain and production capacity issues within the semiconductor industry. Automakers slashed semiconductor orders in the early months of 2020, which led to many suppliers cutting their output to pursue alternate production lines. Vendors were then unable to cater to the sudden rise in demand that came in the latter half of the year, not least because the semiconductor production process is pretty complex and lead times are long. These factors, combined with extensive and ongoing supply chain delays and disruption, have made it difficult for the industry to recover. As of summer 2022, the lead times for most semiconductors were running at least 40 to 50 weeks, and many were in the 70+ range. J.P. Morgan research suggests that more chips will become in the next few months, but players in the auto industry are doubtful that supply will meet demand any earlier than 2024. Unsurprisingly, the global chip shortage has motivated many manufacturers to reshore their semiconductor operations. Reshoring , which describes the process of bringing production and manufacturing “back home,” is a way of regaining supply chain control, safeguarding against global disruptions, and improving efficiency and product quality. This guide will provide the latest news on reshoring and onshoring in the semiconductor industry. The most recent updates will appear at the top of the article. December 2022 In December, TSMC announced it would raise its initial investment from $12 billion to $40 billion by opening a second facility in Arizona. The facility will produce more “technically advanced” chips. This investment is the largest ever for Arizona and one of the largest foreign investments in U.S. history. November 2022 Edwards Vacuum will invest an estimated $319 million to establish a new production facility within the Western New York Science & Technology Advanced Manufacturing Park in Alabama, New York. The project will feature manufacturing, warehouse, and office space across 240,000 square feet. It is expected to create 600 jobs. Absolics, Inc., an advanced package technologies and services provider, announces it will invest $600 million to establish a manufacturing facility for semiconductor materials in Covington, Georgia. The plant will create over 400 jobs, and Absolics will be the first to mass produce the glass substrate developed in collaboration with SKC and the Georgia Institute of Technology. September 2022 The University of Arkansas will study semiconductor materials at a new research center, which has been funded by a $10 million federal grant. The grant has been awarded by the U.S. Department of Energy over four years to develop the first Energy Frontier Research Center in the state. June 2022 GlobiTech Incorporated announces details of its plan to establish a 300-millimeter silicon wafer factory in Sherman, Texas. The multi-billion dollar development is expected to create 1,500 jobs and will close a critical supply chain gap. Purdue University’s College of Engineering Establishes First Semiconductor Chip Design Center Purdue University’s College of Engineering has partnered with MediaTek, a global fabless chipmaker, to launch the first semiconductor chip design center in the Midwest on the school’s campus. The new design center will give students access to world-class chip design talent on campus. May 2022 Applied Materials opens its third plant in Evergreen, Montana, in a bid to meet the growing demand for electronics. The 100,000-square-foot facility is housed in a long-vacant department store and will create 200 new jobs. March 2022 Fujifilm Electronic Materials USA finishes an $88 million expansion of a factory in Mesa, Arizona. The 80,000-square-foot expansion will see a 30% increase in the company’s capacity and includes plans to add 120 jobs in the next two years. Edwards, a global producer of vacuum and abatement equipment for advanced manufacturing operations, announces its plans to establish a 200,000-square-foot manufacturing facility in Phoenix, […]

Reshoring Vital To The Future Of Chipmaking

Repatriating offshore manufacturing efforts to the United States – i.e., “reshoring” – is not a…