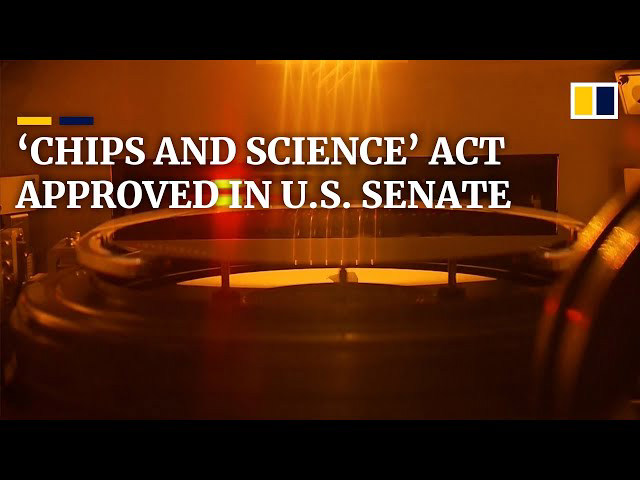 Given China’s strong and highly valued economic relations with a large part of the world, where can the US go to find a big enough group of trusted countries to friend-shore with? Moreover, is it worth risking a multilateral trading system built up over 75 years? I want to return to “friend-shoring” , preposterous and economically costly as it may be, not because the policy will lead anywhere, but because it has deep roots in US geopolitics, and is likely to sit at the heart of US diplomacy in the next year or two. Three weeks ago, I drew on the Kearney Reshoring Index to show that US efforts to “reshore”, “near-shore” or friend-shore had over the past three years achieved nothing. Canada and Mexico, its most natural reshoring destinations, account for a smaller share of US exports than three years ago. China’s share of US imports has indeed slipped (from 24.3 per cent in 2018 to 20.1 per cent last year), but when combined with the exports from 14 of Asia’s leading low-cost countries (up from 12.6 per cent to 17.4 per cent), the share has remained steadily close to 37 per cent. Do you have questions about the biggest topics and trends from around the world? Get the answers with SCMP Knowledge , our new platform of curated content with explainers, FAQs, analyses and infographics brought to you by our award-winning team. Rather than reshoring, near-shoring or friend-shoring, exporters across Asia appear to have adopted a China+ diversification strategy. Often, Chinese companies themselves diversify into nearby economies such as Vietnam , Bangladesh and Indonesia . While companies have responded rationally, they have done nothing to assuage the (economically non-rational) political pressure for friend-shoring, which has roots going back to 1946 and the “long telegram” by US diplomat George Kennan framing the United States’ containment strategy against Russia that underpinned decades of Cold War. This time, it is all about the containment of China , and a rational anxiety about security, both economic and military, that has been aggravated by the glaring vulnerabilities that emerged during the Covid-19 pandemic, the net-zero targets driven by global warming, and the economic and supply chain disruption from Russia’s invasion of Ukraine. The case for shortening, simplifying and diversifying supply chains to ensure resilience and prevent over-reliance on a single source market has been powerfully made over the upheavals of the past three years, and provides a strong argument for exploring onshoring or near-shoring without necessarily questioning the benefits of globalisation. Any multinational not researching such options is asleep at the wheel. But friend-shoring is another matter. It is driven overwhelmingly by national (military) security concerns about China’s rise. It questions the value of globalisation, and takes as a given that there will be an economic price. Nato’s recent Strategic Concept report says China’s “stated ambitions and coercive policies challenge our interests, security and values”. US Treasury Secretary Janet Yellen provided an economic rationalisation on April 13: “Favouring the friend-shoring of supply chains to a large number of trusted countries, so we can continue to securely extend market access, will lower the risks to our economy as well as to our trusted trade partners.” But she was also crystal clear about the practical challenges of the strategy: it needs to involve a large number of “friendly” countries, and they need to be trusted. That will be no small challenge. Perhaps the clearest friend-shoring “haven” would be the Group of Seven – Canada, France, Germany, Italy, Japan, the United Kingdom and the United States, with the European Union as a “non-enumerated” member. The G7 historically comprises the world’s most powerful economies and clearly trusted friends. But back in Kennan’s day, Germany and Japan, as well as some countries now wedded to the EU, were neither friendly nor trusted. So America’s first friend-shoring challenge is that friends come and go. Look beyond the G7 in search of the “large number” needed for an effective friend-shoring containment strategy, and the second challenge emerges. The largest groupings would be the United Nations, World Trade Organization, International Monetary Fund and World Bank. But after US president Donald Trump’s “America First” years, friendships have been severely tested. For example, the UN General Assembly vote on March 2 where the United States sought condemnation of Russia for its invasion of Ukraine saw 141 endorsements, but the 35 abstentions included not just China but also India, Pakistan, South Africa and Vietnam. How friendly or trusted can India be , even […]

Reshoring: What Does It Means For Your Business

The Cobb Chamber and SelectCobb invite you to attend their upcoming virtual webinar, “Reshoring: What…

Five Predictions For The Manufacturing Industry In 2021