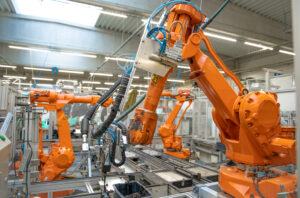 Reshoring manufacturing is booming – but reshoring cannot simply be defined as reestablishing new factories in the U.S. that were once in China. Reshoring is defined more broadly to include:

Statistics on reshoring are suspect

Statistics published with actual numbers of reshored jobs are suspect and unverifiable.  These published statistics are typically directionally correct, but cannot be verified. Some organizations count the number of jobs being returned as they are published in newspapers and press releases – numbers that might never materialize.  Others use import statistics that do not account for expansion projects in the U.S. Both are sketchy approaches with unreliable results.

While there is no official way to track and verify the actual reshoring numbers in terms of jobs returning or revenue increases, we have evidence that the reshoring trend is quite positive. We can also confirm anecdotally, the positive trend by the number of inquiries and consulting projects we get at the Reshoring Institute. Our “business activity” test is way up!

One startling number I saw recently was published by Thomasnet. Thomasnet surveyed over 500 industrial buyers – 83% of these buyers said they intended to find and place 10-12% more orders with domestic suppliers this year than last.  Based on Thomasnet’s collected buying data from past years as compared with next year, this simple change – buying 10%-12% more U.S.-made products – could inject $443 Billion into the US economy. WOW!

If these numbers are anywhere near correct, we are in for a wild ride. Thomasnet is a reliable source, and although the numbers are a projection based on a survey, they are likely to be directionally correct. Since we define the new placement of orders in the U.S. as part of reshoring, this number made me sit up and take notice. The trend is indeed positive.

The effect on the U.S. economy

What effect is this likely to have on the American economy? It’s like putting dry kindling onto a roaring fire. The effect is immediate, visible, and significant.  If this much money is put into U.S.- made industrial buying, we will all surely feel the positive effects of a roaring and on-fire economy.

There is also a magnifier effect when new jobs are added in the manufacturing sector. Based on the Bureau of Economic Analysis (BEA) annual input-output tables have calculated that a dollar’s worth of final demand for manufacturers generates $1.48 in other services and production. Other economists put the number higher – as much as $2.00 for every $1.00 spent on manufacturing.

Manufacturing is the backbone of a robust economy.  In the 1960s, manufacturing accounted for about 25% of the U.S. GDP. In recent years it’s dwindled to less than 12% and employs only 9% of the workforce. There is a lot of room for growth in American manufacturing if we can make the economic case for bringing manufacturing back. We must focus on automation, advanced manufacturing techniques, and reduction of labor to reduce overall costs and increase productivity.

China’s robust growth over the past 25 years can be attributed to a manufacturing economy that is nearly 40% of China’s GDB. China makes and sells more manufactured goods than any other country on the planet.  It is time we focus on rebuilding manufacturing in America.

The reasons for returning manufacturing to the U.S.

The pandemic is the primary reason for this uptick in the return of American sourcing and manufacturing. Previous efforts including the tax reduction act of 2017, and the global trade war with China contributed but created only lukewarm results. The pandemic, on the other hand, introduced supply chain risk and exposed America’s vulnerability in supply chains for medical products and supplies.  Now we are experiencing severe semiconductor shortages, steel shortages, and shortages in other industries.

If some of the statistics for reshoring and industrial buying are true, or at least directionally correct, then American manufacturing is poised for rapid rebirth and astonishing results. I am very optimistic that Reshoring will continue to expand in America.

Supply chain vulnerabilities have long been a concern in the Pentagon, but the Defense Department’s…

Welcome To Stressed Supply Chains And The Shortages Economy