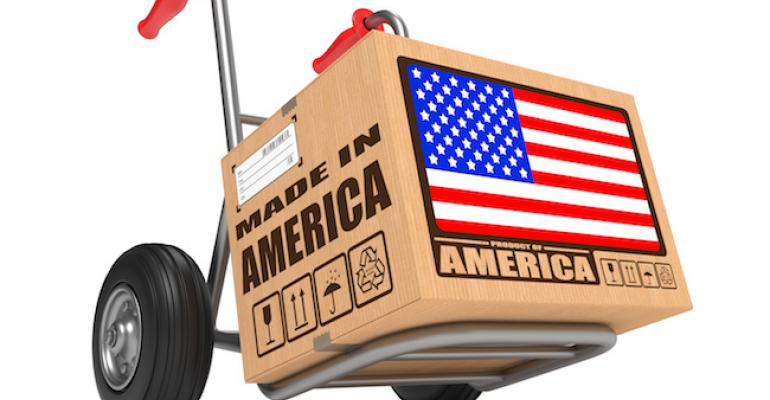 Made in USA Reshoring manufacturing has long been a topic for discussion. I began writing about the whole “offshoring” issue more than two decades ago, when U.S.-headquartered companies rushed to manufacture in China and take advantage of the opportunity to sell millions of dollars worth of vehicles, kitchen appliances, electronics and household goods to the billion-plus Chinese consumers. It was going to be boom times for U.S. manufacturers. At that time, I wrote articles warning U.S. manufacturers that it wouldn’t be long before the Chinese would copy their patents, reverse engineer their products and sell Chinese goods to Chinese consumers. The handwriting was on the wall from the beginning. Booms are generally followed by busts. I also projected that sooner or later all the cheap labor that made manufacturing in China so attractive would disappear, as the playing field in Asia began to level off. Wages would rise, competition from Chinese manufacturers would set in and the cost advantage would disappear. We’ve seen that happen with companies not just coming back to the United States but many returning to North America, specifically to Mexico, where wages still remain relatively low but goods are easily shipped across a neighboring border, not across the Pacific Ocean. What I didn’t project was President Donald J. Trump and tariffs. A headline in the July 15 issue of the Wall Street Journal reads, “Tariffs Drive Companies Out of China,” with a sub-head that notes, “U.S. executives move production to other countries amid the ongoing trade conflict.” The article noted numerous companies that make such popular consumer items as Crocs shoes, Yeti beer coolers, Roomba vacuums and GoPro cameras leaving China to avoid U.S. tariffs. A bit of research revealed that Austin, TX–based Yeti, started in 2006 by brothers Ryan and Roy Seiders, makes its Hopper coolers and Rambler drinkware in China. The Yeti Tundra coolers are made in the USA at factories in Iowa and Wisconsin, but also at a plant in the Philippines. The website invites people to call the company if they want a Yeti Tundra made in the USA, and the company will “make it happen.” The WSJ article noted that Yeti Holdings Inc. said it “plans to move most production of the soft-sided coolers out of China by the end of this year.” The big winners in this trade war with China so far, said the WSJ article, are other Asian countries, particularly Vietnam: U.S. imports from that country are expected to reach $64.8 billion this year, “up 36% from 2018,” according to consulting firm A.T. Kearney.” Harry Moser commented to me regarding a recent article I wrote about both A.T. Kearney’s report on this topic and the latest report from Moser’s Reshoring Initiative. “A.T. Kearney’s report does a good job of explaining the relative manufacturing costs in the United States versus low-labor-cost countries and the temporary impacts of tariffs,” wrote Moser. “We agree the United States is not competitive on many products. Kearney’s Reshoring Index , however, is misnamed since it does not measure reshoring—it measures the change in our imports, not the amount or change in reshoring. ‘Imports’ is quantified 10 or more times in its study. ‘Reshoring’ is never quantified. We measure reshoring case by case. The reality is that reshoring plus FDI have grown from about 7,000 jobs/year to 145,000 jobs/year in 2018.” Moser provided a good analogy: “You are in Louisiana and Tropical Storm Barry is raining three inches per hour. You are pumping 1,000 gallons an hour out of your basement. Does the slow rise of the water level mean the pump is not working? Of course not! Kearney should either revise the calculation of its Reshoring Index to actually measure reshoring or change the name to the U.S. Imports Index.” Moser also noted that Kearney’s economic arguments lack consistency. “They correctly point out that U.S. manufacturing cost is too high. They then write that ‘the administration’s proposals to weaken the U.S. dollar against other currencies would contribute to a drop in manufacturing output.’ Our recent survey with Plante Moran showed that manufacturers picked a lower dollar as the best way to accelerate reshoring. The survey also showed that about 25% of imports would be reshored if companies switched from sourcing on the basis of price to total cost of ownership (TCO). TCO covers an approximately 20% price difference,” said Moser. I’ve written many articles and blogs over the past decade about U.S. companies moving back to the United States or to Mexico (not […]

Opinion: ‘Reshoring’ is poised to boost U.S. companies bringing business back home. Shares of these 17 companies will benefit.

Rockwell Automation specializes in industrial automation equipment, which is used by companies that are reshoring…

The pandemic continues to drive interesting trends in the manufacturing universe, even as COVID-related restrictions…