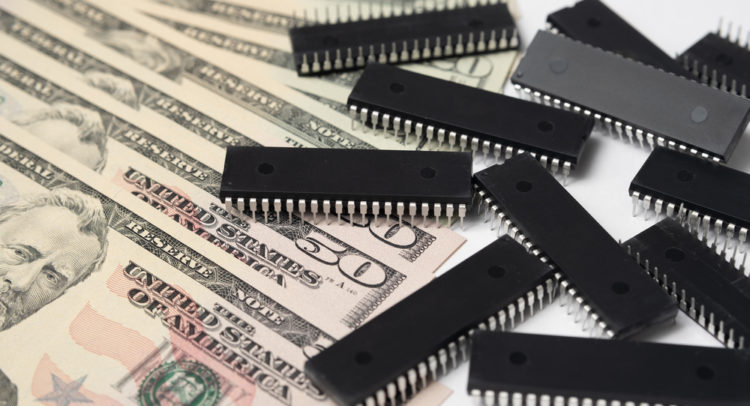 The chip market has been a strange one lately. For a while, chip manufacturers like Nvidia ( NASDAQ:NVDA ) and ON Semiconductor ( NASDAQ:ON ) could basically sell every chip they produced. The market was hungry for chps and chipmakers couldn’t keep up. Some started expansion efforts, but these almost proved a bit too late as the chip market started to retract. Now, Bank of America ( NYSE:BAC ) looks for a “soft landing” in the chip market as things turn around once more. The chip market’s broad range, which covers a variety of use cases and fields, makes exact predictions downright difficult. However, there are plenty of similarities within the broader market. Analyst consensus calls both Nvidia and ON Semiconductor Moderate Buys . Thanks to Nvidia’s average price target of $203.24, Nvidia shares have an upside potential of 15.12%. Meanwhile, ON Semiconductor stock, with its average price target of $72.60, have an upside potential of 10.45%. The Bank of America analysis, as revealed by analyst Vivek Arya , suggests that the chip market may be faltering on some fronts but will have others to help it along in the coming months. A recession will certainly drag on the market, the reports noted. However, the growth of cloud computing and automation systems will help put life under the chip sector. Further, the rise of reshoring and growth in artificial intelligence will lend a hand in supporting the chip sector. Other projections aren’t quite so optimistic. A Gartner report noted that the 2022 chip market was up just 1.1%. Further, it suggests that the market will likely contract in 2023. Yet a report from Transparency Market Research suggests that at least one part—the NFC chip market—will see double-digit growth. More specifically, a compound annual growth rate of 14.6% through 2031.

Click here to view original web page at NVDA, ON, & More Look for a Soft Landing in Chips

Industry 4.0 Attracts Workers Whose Entire Lives Are on Their Mobile Device

Manufacturers facing dire worker shortages are turning to Industry 4.0 to attract the next generation…

Bringing jobs back to U.S. from China not so simple, consultant says. The trend toward…