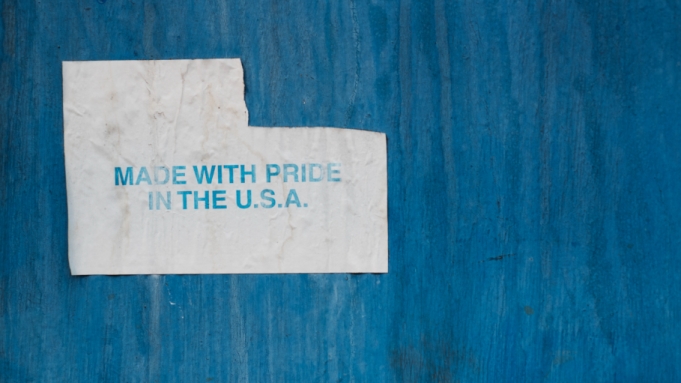 Getty A recent Bloomberg article, “American Factories Are Making Stuff Again as CEOs Take Production Out of China,” observes the trend of bringing major manufacturing operations back to the United States. What was once seen as a stopgap measure to mitigate complications arising from the pandemic economy is now becoming part of a broader strategy for long-term operational viability, resiliency, and value. Per the article, “the construction of new manufacturing facilities in the US has soared 116% over the past year,” while a survey suggests many U.S.-based corporate executives see fit to move production out of China, with many such operations expected to return to the U.S. or Mexico . While high labor costs have long been used to justify offshore production, volatile supply chains, shipping complications and costs, tariffs , perceived sociopolitical instability, and other factors—including the proliferation of automation technologies that necessitate fewer laborers to operate in general—have made reshoring to North America a practical, profitable, and safer proposition. While this development may come as news to some, the fashion and textiles world has been witnessing this trend up close and personal. Indeed, the economics of bringing production closer to the end consumer—immediately delivery that negates the need for vast and vulnerable supply chains, the ability to react to demand in real time, the eco-friendly aspect of a streamlined process, and the mitigation of troublesome external factors in general—is now critical. Many companies are founding or adapting their businesses by localizing their operations, even in highly regulated and high-cost regions that would not, on their face, appear to be logical production sites. And yet, efficient, on-demand production technologies make these models highly profitable. Consider Printful, one of the most successful practitioners of on-demand digital direct-to-garment (DTG) fulfillment this past decade. The company has thrived by localizing its operations across many regions, including several locations within the United States—including high-cost Los Angeles. Consider FABRIC , a so-called “fashion incubator” created to empower independent fashion designers to bring their creations to life, without significant up-front investment or commitment. Using sustainable, versatile, on-demand direct-to-fabric production, they are working to make Arizona a hotbed of fashion production. Consider countless small businesses like Little Cocalico, where proprietor Jon Boll invested in sustainable, on-demand systems because “people are realizing it’s not more expensive, and you can get better quality giving fellow Americans jobs and bringing production back to the United States and bring sustainability and quality to their businesses.” One of the greatest attributes of localized, on-demand fashion and textile production models is the strategy is entirely modular; it can be replicated to mitigate risk, foster operational agility and versatility, and deliver profitability anywhere. One such example is Fashion-Enter – who leverages direct-to-garment and direct-to-fabric production systems to educate, empower, and fulfill the needs of aspiring fashion designers in the United Kingdom. That they can successfully do so within the city of London, the high-cost cradle of the Industrial Revolution itself, demonstrates how “Make It British” can also mean “make it sustainably, make it with superior quality, make it in any quantity, make it without limitations, make it brilliant—and make it cost-effectively every time.” Regardless of the challenges we face, game-changing technologies have provided a solution in times of need. In the past 40 years, technological advancements have made considerable gains in the areas of alleviating poverty, improving healthcare and wellness, revolutionizing the ways we communicate (and shop), increasing our quality of life, and far more. Where simple economics once drove manufacturers to solve their problems by moving their operations to far-flung locations where both labor and space were cheap and plentiful, those committed to developing sustainable, efficient, highly automated, and versatile production technologies have made it more profitable than ever to bring those operations back home. Finally, unpredictable global market dynamics, like any number of risks and complications during these past few years, have compelled business leaders to embrace the wisdom of doing so. Chuck Meyo joined Kornit Digital as the company’s Americas president in March 2020 and oversees the company’s operations in the region. He brings 15 years of executive management experience with multiple multinational organizations spanning a range of industries. Prior to joining Kornit, he was president and CEO of Cergaon Networks. Meyo previously was VP of global channels and Asia/America Sales with Narus, a leader in real-time traffic intelligence for large IP networks acquired by Boeing during his tenure. Meyo, a graduate of Ohio State University, spent 18 years with Avaya, rising to the position of VP of sales—IBM […]

When fitness equipment like kettlebells, hand weights and dumbbells became hot sellers at the start…

Supply chain pros weigh in on industry’s near future