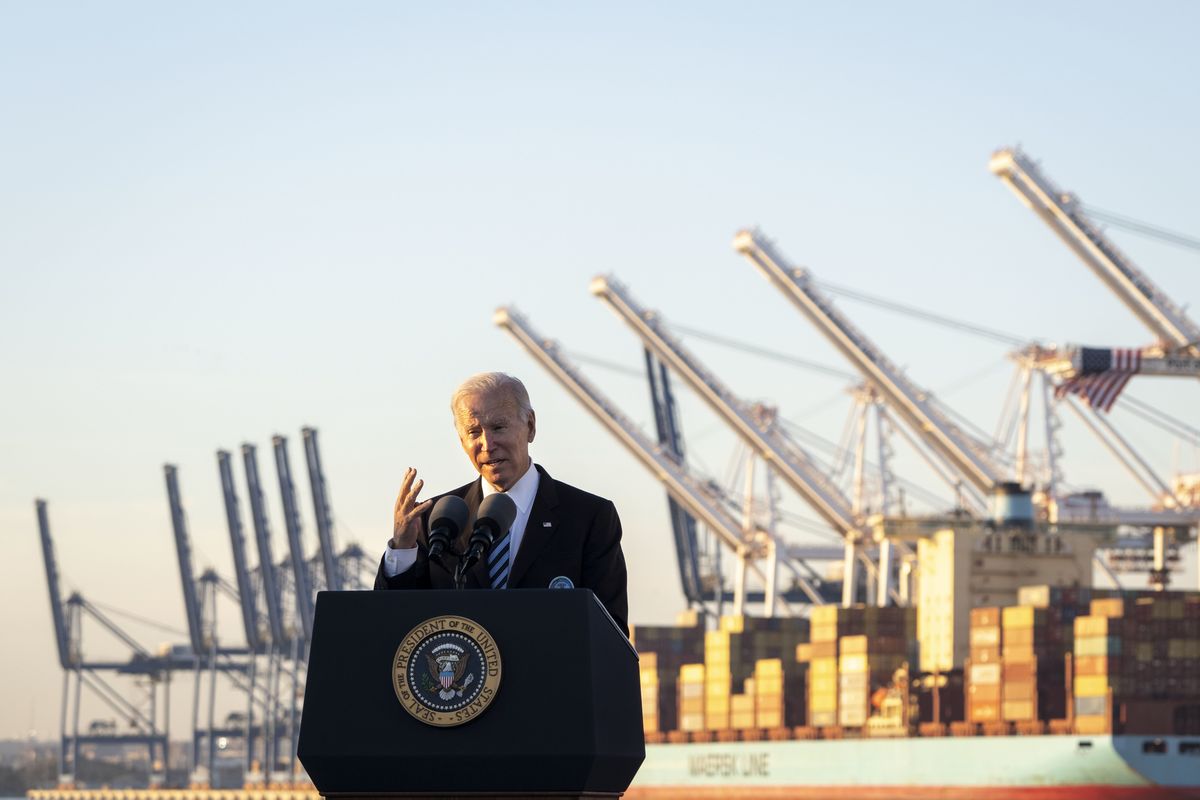 A fracturing strategic landscape is reshaping global trade and investment with bewildering speed. Neoliberals need to get on board or risk irrelevance. Not a placeholder. Photographer: Drew Angerer/Getty Images North America Adrian Wooldridge is the global business columnist for Bloomberg Opinion. A former writer at the Economist, he is author, most recently, of “The Aristocracy of Talent: How Meritocracy Made the Modern World.” @adwooldridge The world is in the early stages of the biggest revolution in geoeconomics in decades. From the late 1970s onward, a collection of institutions and policies were gradually but relentlessly marginalized: state-owned enterprises (SOEs), national champions, import- and export-controls and industrial policy. Now they are coming back along with a few newfangled phrases for the same thing such as “techno-nationalism” and “critical technologies.” This confronts neoliberals with a dilemma: Do they imitate William F. Buckley and “stand athwart history, yelling Stop,” or do they make strategic compromises with the new fashions in order to reduce the chances of disaster? The pace of change is startling: For all his impression of being a doddering stop-gap, Joe Biden is both consolidating the Trump revolution and pushing it in a progressive direction . Trump dealt in bluster and crude policies such as tariffs. Biden is using a panoply of policies not only to protect and promote “strategic” American industries but also to slow China’s economic development. America must pursue “as large of a lead as possible” in chipmaking, quantum computing, artificial intelligence, biotechnology and clean energy, says Jake Sullivan, America’s National Security Advisor. The CHIPS and Science Act provides $52.7 billion of incentives to produce microchips in the US in order to break America’s dependence on foreign suppliers of an essential input into the modern economy. The oddly named Inflation Reduction Act — a slimmer version of the Build Back Better package the Democrats failed to pass last year — includes nearly $400 billion of incentives to boost America’s clean energy industry and reduce its dependence on China for supplies of batteries for electric vehicles or other crucial parts of the clean-energy economy. Americans can get a tax credit worth up to $7,500 if they purchase an electric car assembled in the US. Other changes are either in the works or on the books: rules aimed at reducing China’s ability to manufacture advanced computer chips, including preventing Western companies from exporting high-end microchip manufacturing equipment to China, restrictions on capital flows into China, a new federal authority to regulate US investments in China, an executive order to evaluate the ability of Chinese apps like TikTok to collect data from Americans. The momentum of these changes is unlikely to slow with the Republican takeover of the House of Representatives, because containing China is one of the few things that both sides can agree on. All this has shifted the overall aim of American trade policy: from engaging China in the global free-trading system to breaking America’s reliance on China’s economy. It has also changed the sort of people charged with decision-making. The neoliberals have been sidelined and replaced by an odd coalition of defense intellectuals who are worried about military competition and progressive economists who spy in all this a chance to create a modern New Deal. A resurgent China delivered a one-two punch to the reigning neoliberal orthodoxy. Punch one: It embraced an economic model that was supposedly discredited. Neoliberals claimed that you can’t pick winners: China did precisely this by picking small groups of companies and getting them to compete. Neoliberals claimed that SOEs are relics of a bygone era. China reinvented SOEs by radically reducing their number, introducing professional management and obliging them to compete abroad. The result confounded Western predictions: Even as China modernized, it consolidated an economic approach based on industrial policy and national champions. Punch two: China turned itself into a military rival to the United States. The neoliberals had expected China to become more pro-Western — and indeed more democratic — as it became more entangled in the global trading system. “Peace through trade,” in the classic liberal phrase. Instead, it became more autocratic and aggressive. The result is a paradox: America will be obliged to adopt some of the key features of the Chinese model — industrial strategy and even national champions — if it is to prevent China from overthrowing the American-dominated global order. The combination of four developments — the coronavirus pandemic, Vladimir Putin’s invasion of Ukraine, China’s repression of protests in Hong Kong and China’s blockade of Taiwan […]