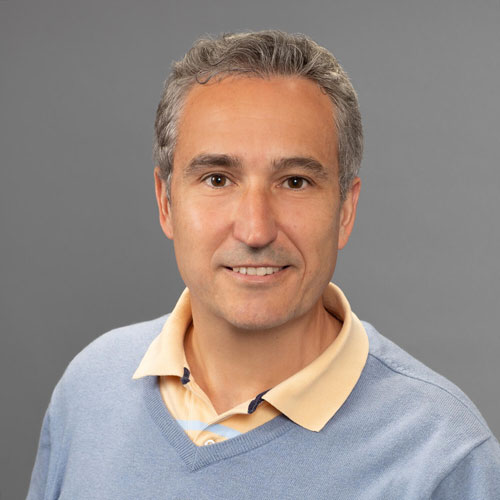 Southwest Economy, Third Quarter 2022 On the Record: A Conversation with Pol Antràs Pol Antràs is the Robert G. Ory Professor of Economics at Harvard University. He discusses international trade flows and what the evidence suggests about the world economy and the accompanying debate about whether an era of deglobalization may be at hand. Q. What is globalization? Globalization is a very broad term that means many things in many fields. In economics, it means that some markets that cleared at the national level are now clearing at the global level. If it’s goods or services markets, then that would be trade integration, the flow of goods and services across countries. We can also think of globalization as the integration of labor markets. The increase of migration flows is a manifestation of globalization. Or, you can think of integration in capital markets, which are more global because firms and individuals are investing further away from their local markets. We have learned in the past few years that globalization is not a linear process. We may have some phases where globalization is on the rise and other phases where globalization is retreating. Q. Is the world entering an era of deglobalization? I think there is a potential for the world to enter a deglobalization phase, but the data as of today show very few signs of deglobalization. Since the Great Recession, you could see a very mild decline in the ratio of world trade to world GDP, but it is completely explained by China moving up the value chain and industrializing. As China develops, it has transitioned from being the assembly factory of the world where countries send components. China now produces some of those components and does not import them. Because China is a humongous economy and is importing less, the world-trade-to-GDP ratio is lower. Q. Have we gone through deglobalizing phases in the past? I don’t think we are deglobalizing, but if that were the case, this is not the first time. The inter-war period between World War I and World War II was a significant deglobalization period, accompanied by economic depression. There was a lot of animosity that generated nationalistic policies that reduced integration. Q. Are reshoring and near-shoring picking up momentum? I see very little evidence of reshoring or near-shoring. I am not saying it’s not happening; some firms have reported closing down offshore operations and obviously, some firms are moving around, but we have not seen this happen at a scale large enough to show up in aggregate statistics. The implications of shutting down foreign operations and opening them in the U.S. depend on what motivates those decisions. If China continues industrializing and wages increase to the point that U.S. companies decide to reshore because the cost of labor in China is too high, this may generate new jobs in the U.S., and the process may be less disruptive. However, it is very different if deglobalization is the result of the aggravation of geopolitical forces. In that case, firms may leave China because they worry they can no longer operate there. This scenario would lead to smaller increases in jobs in the U.S. because these firms will see their global value chains disrupted by geopolitical tensions, and they are not necessarily going to do better in this so-called deglobalizing phase. In both scenarios, we would tend to have consumers pay higher prices as the price of imports from China will go up. I believe that as of today and for the next 20 years, technology will remain a factor that will foster globalization. Technological change has tended to benefit interactions at a long distance. Q. Is technology spurring or slowing globalization? I believe that as of today and for the next 20 years, technology will remain a factor that will foster globalization. If deglobalization occurs, it will not be driven by technology. Technological change has tended to benefit interactions at a long distance. There are many technologies in the last few decades that have tended to spur globalization. Think about the ICT [Information and Communications Technology] revolution, or shipping containers or blockchain, for example. These are technologies that likely reduce transaction costs and facilitate suppliers at a long distance, which fosters globalization. You may say, “Sure but what about automation, industrial robots and 3D printing?” Robots tend to substitute for labor, so if I can produce something with robots, why should I hire foreign labor? But we are far away from a world where robots […]

The COVID-19 pandemic has brought the global interdependency of pharmaceutical supply chains into sharp focus,…

Taiwan Semiconductor Manufacturing is hedging its geographical bets, with large new fabs planned for the…