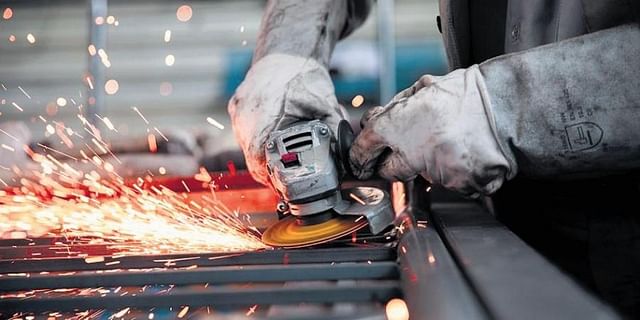 A lot has been said, and indeed is being said, about India’s showcase of its sustainability attributes, commitment to renewable energy, and affirmations of its Paris pledges and efforts to transition parts of its economy to clean energy. One of the elements of India’s G20 presidency that needs greater underlining, though, is its economic role in the world. India is now the fifth-largest economy in the world and one of the fastest in the world and likely to be, as the world’s biggest hedge fund Bridgewater Associates’ founder Ray Dalio said recently, for the next decade. According to a new analysis from Morgan Stanley, India might become the third-largest economy in the world as early as 2027. US Treasury Secretary Janet Yellen highlighted the importance of India’s economic prowess when she promoted the idea of ‘friend-shoring’ during a recent visit to India. Now friend-shoring is a clever way of talking about an issue that has grown immensely in importance since the Covid-19 pandemic, namely, the resilience of global supply chains. The globalisation model we have seen in the last 30–40 years has had one definitive trend—the expansion of supply chains, or what used to be called off-shoring. This was the name given to the process of choosing to move manufacturing to cheaper locations, mostly in Asia, by companies in the Western world. But this process has been under pressure for years, first due to often misplaced accusations of ‘foreigners stealing jobs’, but then, the more serious and sustainable problem arose during the Covid-19 pandemic, when the question of manufacturing in, especially, China, was found to be far more fragile than had earlier been anticipated. Therefore, the big question that emerged during the pandemic was supply-chain resilience. Could concepts like ‘in-time’ manufacturing work if the underlying supply chain is unreliable? This has caused a lot of conversation about reshoring—but the fact is, for many global corporations, the numbers needed for reshoring don’t add up. Their home countries neither have the volume of skilled workers nor the scale to produce vast numbers of goods to supply to their global customer base. Reshoring, in many cases, would just not make economic sense. What was the alternative? Supply-chain resilience through an alliance among countries that would avoid conflict. When I was starting my career as a business journalist, there was a lot of talk about American columnist Thomas L Friedman’s ‘Golden Arches Theory of Conflict Prevention’. Friedman argued that countries with McDonald’s—meaning those of a similar broad economic level—did not go to war against one another. This, of course, turned out to be completely wrong and simplistic, as that other famous Friedman assertion—the world is flat. We now know that both these ideas, the Golden Arches theory and that technology is flattening the world, that is, democratising it, are wrong. Countries with McDonald’s do, in fact, go to war. Far from being flat, the world is today worrying about the weaponisation of technology, including digital financial systems and even social media. Therefore, in a hark back to older ideas of like-minded nations and alliances, we now have the concept of friend-shoring. The idea is that if the supply chain is in a friendly nation, it is less likely to be disrupted. Therefore, it is not trade or technology that makes the world peaceful, but a peaceful world or relations between countries that provide a context for the development of business and technology. This is critical because understanding this gives India the framework it needs to pitch its economic argument during its G20 presidency. Yellen’s ‘friend-shoring’ has even given India a shorthand to describe this. The argument goes something like this: India must take a leadership position in the world because it provides a haven for capital and supply chains to prosper safely and democratically without any risk of authoritarian disruption. Unlike in China, for instance, there is no risk of the Indian government clamping down on its tech giants and restricting their growth and operations. Nor is it likely to do something like that in any other industry. India is one of the world’s most entrepreneur-encouraging destinations today, with a prime minister who never tires of urging his people to become job-givers and not just job-seekers. It has the world’s third-largest startup ecosystem. Its investments in physical and digital technology are creating the world’s biggest democratic marketplace with opportunities for scale and growth unlike any other place. G20 is the platform for India to talk up its role in securing global growth and […]

Fixing the Supply Chain with AI and Robotics

Automation, industrial robots, and other technology solutions have allowed manufacturers to shorten their supply chains,…