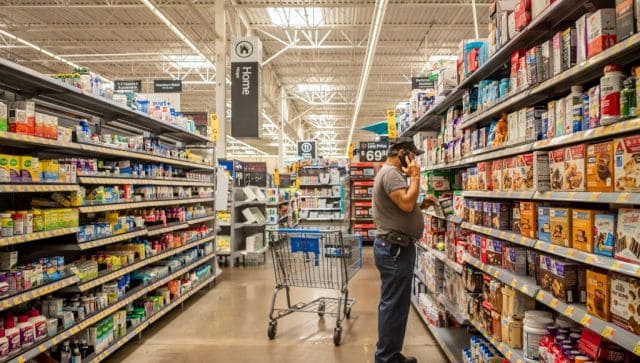 Friendshoring is a practice of relocating supply chains to countries where the risk of disruption from political chaos is low. Companies are using geopolitics in their risk calculation with China’s zero-COVID policy and the Ukraine war causing major chaos In June, the White House included “ally and friendshoring” in a report on building resilient supply chains. AFP The term, a cousin of “reshoring” and “onshoring” and a sibling to “nearshoring,” is shorthand for the practice of relocating supply chains to countries where the risk of disruption from political chaos is low. At the start of the COVID-19 pandemic, Bonnie Glick, then the deputy administrator of the United States Agency for International Development, was struggling to navigate the complex sourcing for essentials like HIV medications and malaria vaccines. The experience focused her attention on the fragility of global supply chains — and how they could be safeguarded. US companies, she came to believe, should focus on making products at home (“reshoring” or “onshoring”), closer to home (“nearshoring”) or in countries aligned with US interests — a concept that lacked an established term but that she called “allied shoring.” As the idea caught on, the terminology evolved. Last June, two economists at the Brookings Institution wrote about “ally shoring,” crediting Glick for the term. This past June, the White House included “ally and friendshoring” in a report on building resilient supply chains. That same month, Treasury Secretary Janet Yellen spoke about friendshoring on a trip to Toronto. ‘We can’t do everything ourselves’ Willy Shih, a professor at Harvard Business School who studies supply chains, remembers first hearing about friendshoring in a speech Yellen made last April. As a strategy, he thought it was more practical than onshoring. “It’s a recognition that we can’t do everything ourselves in this country,” he said. While most companies are not picking their factory locations from a list of allied nations, Shih says they are increasingly including geopolitics in their risk calculations. China’s zero-COVID policy has caused major disruptions to companies operating there. Russia’s invasion of Ukraine threw global supply chains into chaos. “It’s kind of a new era,” Shih said. “Fifteen years ago, there weren’t these flashing warning signals saying unexpected things can happen.” Still, friendshoring isn’t easy. For one, relocating to nations with favourable politics could make products more expensive. For another, who, exactly, are your friends? In the last couple of years, US President Joe Biden went from calling Saudi Arabia a “pariah” to fist-bumping Crown Prince Mohammed bin Salman to vowing that the kingdom would face “consequences” for teaming up with Russia to raise oil prices. And not everyone is convinced that friendshoring would be good for the economy. In a report on the trade implications of the war in Ukraine, the World Trade Organization predicted that if the world split into Eastern and Western trading blocs, global GDP would drop by five per cent, with emerging economies shouldering most of the cost. Raghuram Rajan, a business professor at the University of Chicago and former governor of the Reserve Bank of India, wrote a takedown of friendshoring on the website Project Syndicate. He noted that four domestic companies supply most of the baby formula in the United States, yet shortages occurred. “Friendshoring is an understandable policy if it is strictly limited to specific items directly affecting national security,” Rajan wrote. “Unfortunately, the term’s public reception already suggests that it will be used to cover much else.” Sarah Kessler, c.2022 The New York Times Company

Click here to view original web page at Explained: What is friendshoring and will it stop the disruption of supply chains during geopolitical crisis?

In supply chain circles battered by more than two years of upheaval, the word “normal”…

Strong vendor relationships, collaboration, and preparation are critical to overcoming supply chain disruptions. At the…