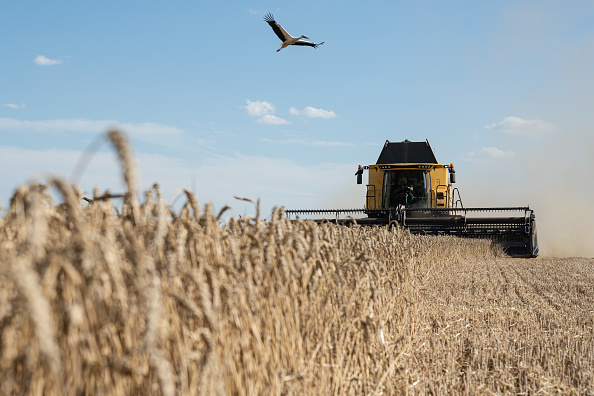 Ukraine and Russia have signed a deal for the export of grain during the ongoing conflict. (Photo by Alexey Furman/Getty Images) Ten years ago, it would have been hard to imagine an end to the all-conquering forces of globalisation. Our world has been on a one-way ticket to integration since the mid-20th century – and it has shown little sign of return. Yet with the dual shocks of Covid-19 and the invasion of Ukraine revealing the deep, system-level fusing of our world – and the costs that interdependence incurs – it seems the world is now ready for reversal. Retrenchments in markets, retreat from regions, reshoring of supply chains; businesses are responding to the fallout by digging in their heels in and reducing exposure to their balance sheets and their customers. The political climate is similarly hostile. Entrenching a decade of anti-globalism embodied by Donald Trump’s “America First” and the UK’s withdrawal from the EU, the pandemic has forced countries to look inwards to prioritise scarce resources and political capital. The WTO estimates pandemic era protectionist policies still cover around $100bn of global trade. All this to say, deglobalisation could be with us to stay. That’s not the inherent backward step some make it to be. Looking inwards is an important and necessary step for businesses wanting to build resilience and reduce exposure against global shocks, as we explain in a Lloyd’s report released last week. From price inflation to cyber security, the reshoring of supply chains appeared consistently as a priority for businesses seeking to respond to the crisis. But claims that globalisation has “had its heyday” are premature. The global economy has always opened and closed its borders to defend from emerging threats or seize new opportunities. Often, it has not just responded to these trends but has shaped them – and throughout history, economic interests have provided a rallying point for global powers to discuss mutual interests and cash in on competitive advantages. It has even opened doors and dialogue between warring parties, from the Middle East to wartime Europe. Last week’s landmark agreement to secure the recovery of grain from Ukrainian ports – facilitated by Turkey and the United Nations and backed by Lloyd’s insurers – provides an example of how economic interests can open doors and dialogue where diplomatic relations have been all but severed. Our market played a key role in the signing of the agreement, putting protections in place that offered those involved sufficient confidence in the deal’s viability. It’s a fragile contract, and there’s little indication the breakthrough signals a wider thawing of hostilities – but the act of two warring parties putting pen to paper is in itself significant. Even in war, underlying mutual dependencies continue to prevent a total severing of ties. While the durability of the deal still hangs in the balance, it has gone some way to addressing market volatility and global inflation – grain prices fell five percent on announcement – and will, if honoured, go a long way to addressing food security at a very difficult time for the global economy. Russia and Ukraine account for around 30 per cent of global wheat exports, so the ramifications of its success or failure cannot be overstated. Food isn’t the only issue under the microscope in light of this devastating conflict. The competing demands of climate transition and energy insecurity will leave businesses needing to balance reputational considerations with fiduciary obligations to shareholders. Diversification from Russian oil will increase the impetus on an accelerated transition towards – and investment in – renewable technologies. The costs associated with reshoring supply chains and sourcing new food and energy providers could create inflationary pressures beyond the rises we’re seeing now, while a rise in cyber attacks will require greater investment in organisational resilience. These forces are just a snapshot of the challenges businesses will face in the coming months and years. They point to a complex and highly interconnected risk environment only underscored by the systemic shocks we’ve faced recently. If the grain impasse shows how geopolitical risks can translate to food security, market volatility and price inflation – then imagine those connections multiplied across the diverse risks arising from this conflict. Trade and economic interests will continue to open doors and provide an entry point for conversations about where our exposures lie and our interests align – and business will continue to play a central role in society’s response. But first, those businesses must be ready and resilient for […]

Click here to view original web page at Even as we turn inwards to shore up security, globalisation is still alive