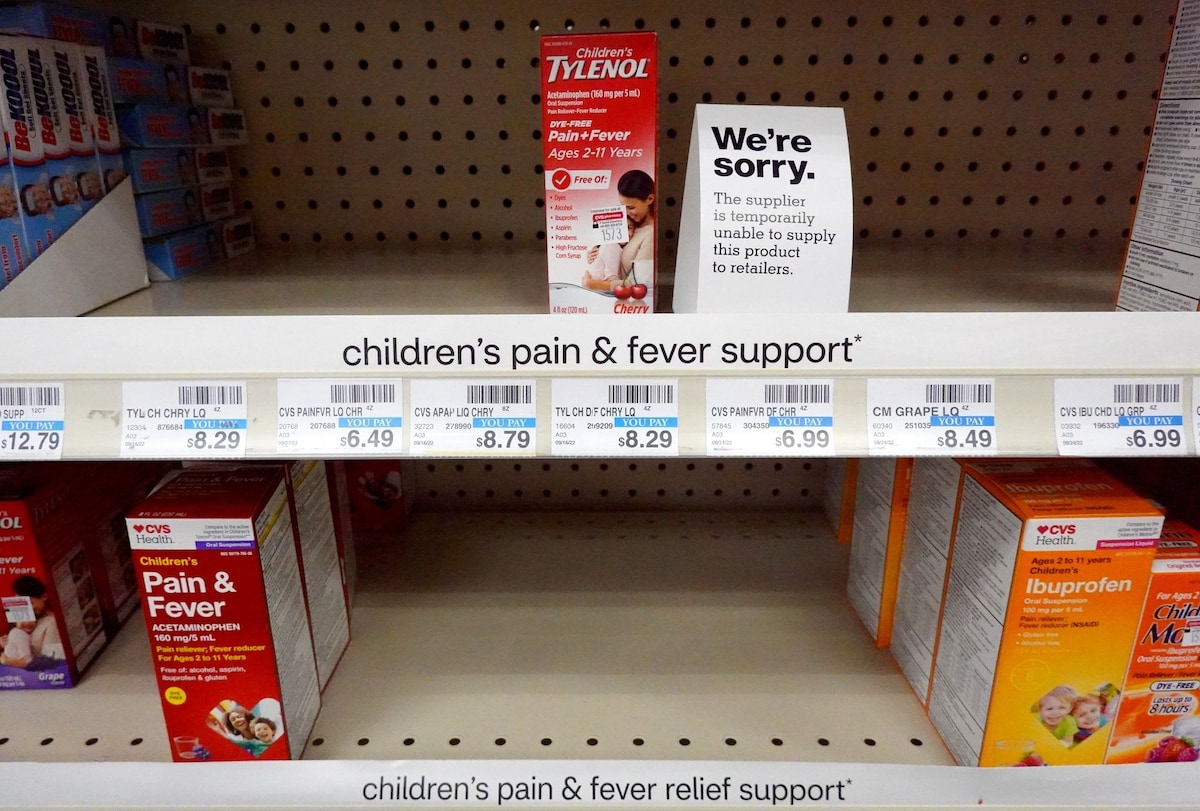 This sign appears at a pharmacy in Burbank, Calif., on Dec. 6 as the state experienced a “high” level of flu activity. (Mario Tama/Getty Images) Ezekiel J. Emanuel, an oncologist and professor of medical ethics and health policy at the University of Pennsylvania, served on the Transition Covid – 19 Advisory Board for the Biden-Harris team. During a winter of extraordinarily high rates of infectious diseases, U.S. pharmacies have run out of the antibiotic amoxicillin . The government has had to release emergency reserves. That’s not the only drug in short supply. The Food and Drug Administration counts at least 123, a list that includes albuterol inhalers, morphine, lidocaine anesthetics and even saltwater infusions. And the United States is not unique. Most of the 27 European Union countries are experiencing similar shortages, including France, Germany and Italy. Without amoxicillin, many cases of strep throat — currently at its highest rate in decades — would turn into scarlet fever, which can cause heart-valve damage. Not since the approval of amoxicillin in 1974 have U.S. citizens had to worry about scarlet fever killing children and older people. Other shortages have been linked to increased mortality and C-sections in childbirth. Advertisement It was inevitable that this winter would bring a tide of communicable diseases, after three years of minimizing contact. But it was not inevitable that we would be so poorly equipped. The FDA blames drug shortages on “manufacturing quality issues” and difficulties with the supply of raw materials. Underlying these problems is outsourcing. Fully 97 percent of U.S. antibiotics are made in China. The United States produces 28 percent of the active pharmaceutical ingredients in drugs used here; China and India now produce about a third of them. The number of registered pharmaceutical manufacturing plants in China more than doubled from 2010 to 2019. Outsourcing is not unique to the United States. Germany gets more than 60 percent of the active ingredients commonly used in generics from China. Britain imports over 80 percent of its generic drugs. Ditto for Canada. Advertisement The fragility of these supply chains is a risk to national security and health — as became obvious early in the pandemic. The United States has allowed its main geopolitical rival to manufacture too many key generic medications and raw materials used to produce them. And it is now dependent upon countries with histories of contamination and poor-quality pharmaceutical manufacturing , with facilities the FDA cannot inspect as regularly as it does those on home turf. About 60 percent of FDA inspections of pharmaceutical plants in the Asia-Pacific region result in “Form 483s” — flags for findings that might violate U.S. quality standards. When a production line for an ingredient or finished drug becomes contaminated, it slows or stops production , and spare production lines are vanishingly rare. Reliance on China creates a trade-off between using contaminated products or a shortage of drugs, according to the U.S.-China Economic and Security Review Commission . The United States was not always so reliant on drugs manufactured overseas. From 1976 to 2006, the Internal Revenue Code exempted from taxation corporate income generated in U.S. territories — including Puerto Rico. The island became a low-cost production site for drugs and medical devices. It was when this subsidy ended that manufacturing moved. Advertisement Many Democratic and Republican politicians want to “reshore” as much manufacturing as possible. After microchips, drugs may be the most important products to bring back home. There are many ways the federal government could encourage this. A bipartisan group of senators and representatives is sponsoring the American Made Pharmaceuticals Act . It focuses on creating a demonstration project and other ways for Medicare, Medicaid and other federal health programs to preferentially purchase generics that are produced domestically. A faster, simpler fix is to reinstitute the tax break for drug and device manufacturing in Puerto Rico — with two caveats. First, borrowing a provision of subsidies for electric vehicles, the tax break should require that with each year companies use a greater share of U.S.-produced ingredients and components until these are over 75 percent. Second, that companies demonstrate steady improvements in quality — fewer contamination problems. Puerto Rico has idle plants, a trained pharmaceutical workforce and relatively low wages, making it an attractive place for drug and device manufacturers to locate. Such a revival could also help draw Puerto Rico out of recession. And reshoring drug production with reliable supply chains and quality controls would minimize shortages for Americans. Advertisement The tax break […]

Click here to view original web page at Drug shortages are an urgent national danger. Here’s how we fix them.

The State Of Manufacturing Is Opportunity

There are some undeniable and important trends in manufacturing at the moment. Manufacturers are still…

Made in the USA: It’s not necessarily an all-or-nothing proposition

The Workhorses of Global Trade Are Ringing Recession Alarms