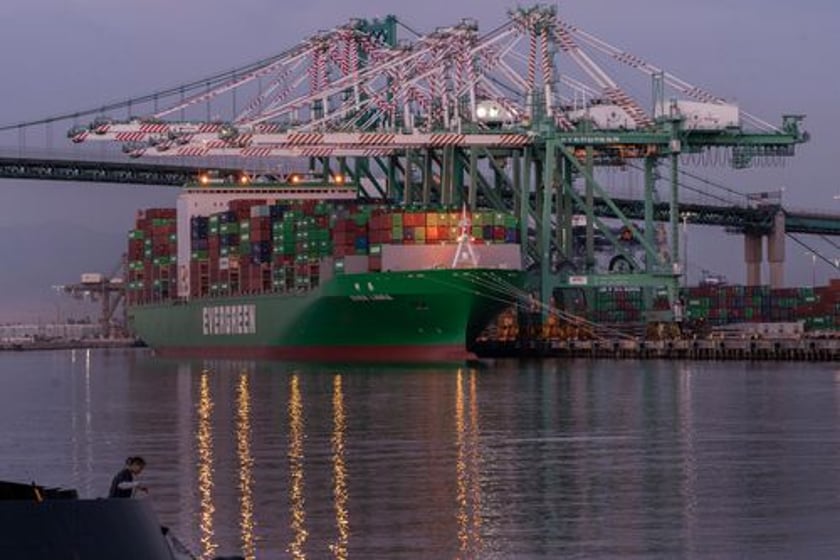 By Alicia Wallace, CNN The pandemic dislodged the global supply chain , hurling once smoothly running businesses, industries and economies into a state of disarray . After almost three years of enduring wild swings and extremes, the system is slowly getting up to speed and into better sync: Ocean freight timelines are on a steady decline, ports are less congested, labor strikes have been narrowly averted, product and worker shortages have eased, prices have fallen, warehouses are full (maybe too full), friendshoring, nearshoring and reshoring efforts have accelerated and China has lifted its “zero Covid” policy. “We’ve had a fundamental shift that started about six months ago,” said Timothy Fiore, chair of the Institute for Supply Management. “There are certain components, like integrated circuits [and] microcontrollers, that still are impacting manufacturers’ ability to flow material. But, by and large, the pressure has come off.” However, plenty of potential roadblocks still loom large. Globally, developments in China and Ukraine remain ongoing question marks, especially if the manufacturing megapower suffers another setback or lockdown , or if conditions worsen with Russia’s war in Europe. Domestically, exports have weakened and the state of consumer demand remains a wild card, said Phil Levy, chief economist with freight forwarder and consultancy firm Flexport. “I would not describe this as a machine that’s humming along at the moment,” he said. “It’s more getting its bearings and trying to figure out what’s next.” Among the potential bottlenecks: Warehousing capacity in certain locales, notably Southern California, is pretty near full, he said. Additionally, the inland distribution network — especially rail and areas where transfers are made from one mode to another — has experienced some challenges , he said. The system isn’t yet at a steady state where businesses have a good sense of how long it will take for production, shipping and, ultimately, selling. “I don’t think we have that,” Levy said. “There’s still a lot of uncertainty about how long it takes to move stuff. When we see the warehouses piled full, is this because demand is too low? Is it because people moved stuff too early? So there’s a lot of stuff that’s still sorting out.” Supply chain activity has yet to normalize, but it’s returning to pre-pandemic trajectories, said Zac Rogers, assistant professor of operations and supply chain management at Colorado State University. “There’s a sort of reaction-overreaction pattern that always tends to happen anytime there’s a major disruption,” Rogers said. “And Covid is the major-est disruption we’ve had.” Early in the pandemic , businesses canceled orders, believing consumer spending would be crushed. However, trillions of dollars were injected into the economy to try to keep consumers and businesses afloat. Americans, stuck at home with fewer outlets for discretionary spending, turned to e-commerce for their shopping. The surge in demand for finished goods at a time when supply was severely limited in part due to pandemic-related labor shortages and shutdowns —notably of cities, factories and manufacturing hubs in China — knocked the global logistics system out of whack. Ports grew congested , lead times got lengthy, and costs climbed considerably higher asshortages spiked throughout the supply chain. “Everyone way over-ordered, and around February and March of [last] year, everything got here — pretty much right in time for the invasion of Ukraine,” Rogers said. “The challenge for the last 10 months in supply chains has been to try to thread the needle between bringing inventories down to a reasonable level, while also not overreacting, yet again, and [landing] back into a shortage situation,” he said. “We’re getting back toward the trend line in a way that we haven’t in the last few years.” Reshoring and smoother flows Helping that along is that supply chains are far more resilient now than they were at the end of 2019, Rogers said. “In 2019, we had basically all of our chips in on one hand, which was, things are built in East Asia, come on a boat through the ports in Southern California, they get on trains that go to Chicago and then on other trains or trucks to distribute to the East Coast,” he said. And while it’s nearly impossible to divorce from China, companies are embracing different paths for the supply chain, whether it be in Vietnam , Bangladesh, Central America or domestically, Rogers said. “Because of that, supply chains are not as brittle as they were three years ago,” he said. “And so if there is another shock — particularly if there’s a […]

Click here to view original web page at Covid broke supply chains. Now on the mend, can they withstand another shock?

America is entering a golden age of democratic capitalism

US reshoring efforts founder in 2020 after record high in 2019