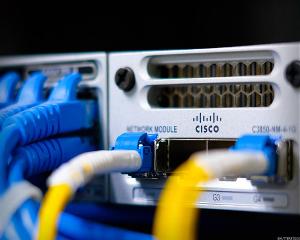 The release Wednesday of the Fed’s July monetary policy meeting minutes showed the Fed will continue to remain data-dependent as it looks to continue its efforts to return inflation to its 2% target, but that it could slow the pace of rate hikes if its efforts show an impact on inflation. Offsetting that thought, however, the minutes indicated the current pace of hikes is likely to remain “for some time to ensure that inflation was firmly on path back to 2%.” That brings us back to watching the incoming data so that we don’t misread the situation and make the common mistake of reading what we want into the Fed speak. We’d remind members those meeting comments were made before we saw the sequential, albeit modest, declines in the July Consumer Price Index and Producer Price Index numbers, but even so the gap between the data in those reports and the Fed’s 2% inflation target is rather wide. This tells us we likely have some time to go until the Fed taps the brakes on its efforts. With investors once again looking to decipher the Fed’s intent captured in those meeting minutes, equities are seeing some lift here on Thursday morning following comments from Cisco Systems ( CSCO ) that supply constraints began to ease slightly at the back half of its July quarter and have continued to improve. Cisco shared that component supply headwinds are showing signs of easing as well. These comments point to improving conditions that have been a thorn in the ability of companies to deliver product, but we expect as we approach the start of US trading for today that the focus will shift back to the barrage of retail earnings out before the market open. As those earnings are posted, we’d remind members of the technical resistance the market is facing and we’d point to the 4.326 line for the S&P 500 that was tagged on Tuesday. After today’s market close, we have quarterly results from Applied Materials ( AMAT ) , which more than likely will share bullish comments given the ongoing chip shortage, expectations for future chip demand driven by newer technologies, and the reshoring efforts tied to the recently signed CHIPS Act. When Applied Materials reported its last quarterly results, it shared that even though demand for its chip equipment was robust, its efforts to deliver that equipment was hobbled by supply chain issues. Given Cisco’s comments on those conditions improving, we would be disappointed if AMAT delivers a different message than Cisco. The day’s economic agenda Compared to the last few days, we have a far more subdued slate of economic data today. Annual inflation rate in the euro area was confirmed at a new record high of 8.9% in July, up from 8.6% the prior month and much higher than 2.2% a year earlier. Excluding energy, inflation rose to 5.4% from 4.9% and the core inflation index, which excludes the cost of energy, food, alcohol and tobacco, rose to 4% in July from 3.7% the prior month. A September rate hike by the European Central Bank is reportedly a done deal, but policymakers are said to be split between an increase of 25 or 50 basis points following the 50-basis-point increase in July. At 8:30 a.m. ET, the latest weekly and continuing jobless claims report will be published and fresh claims are expected to inch up to 265,000 from 262,000 the prior week while the consensus view has continuing claims rising to 1.438 million from 1.428 million. Also, at 8:30 a.m., the Philadelphia Fed Index for August will be disseminated and it’s expected to rebound to -5 vs. July’s -12.6 reading. At 110:00 a.m. ET, the Existing Home Sales report for July will be released. Given what has happened in the mortgage applications index data, the consensus sees existing home sales falling to 4.89 million from 5.12 million in June. Mark your calendars Apple ( AAPL ) will reportedly hold its next special event on Sept. 7. Nvidia ( NVDA ) CEO Jensen Huang will keynote GTC 2022 on Sept. 20. At the time of publication, Action Alerts PLUS was long AAPL, AMAT and NVDA.

Industry 4.0 Attracts Workers Whose Entire Lives Are on Their Mobile Device

Manufacturers facing dire worker shortages are turning to Industry 4.0 to attract the next generation…