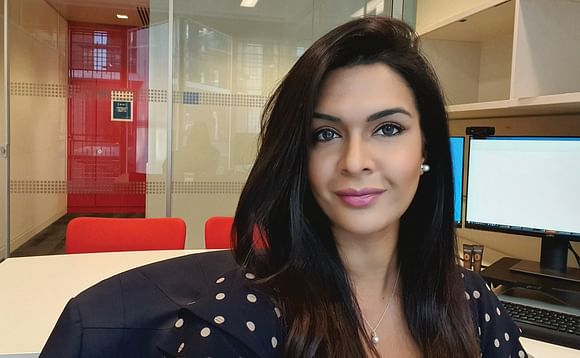 Are there any winners? Image: Ritu Vohora, investment specialist, capital markets, T. Rowe Price Investors have had a plethora of headwinds and uncertainty to navigate this year. Added back to the agenda more recently is the reminder that US and China trade tensions have not gone away. In early October, the United States Commerce Department published its official rules on technology bans in relation to semiconductor technologies to China. Equity markets trembled once again. What was announced? The US updated its list which essentially places export controls on certain technologies reaching select end users. In this case, China-based and China-linked companies. The existing Foreign Direct Product Rule (FDPR) is a tool the US can use to effectively stop any product from being sold anywhere in the world if that product uses a substantial amount of American technology. This is therefore a very targeted move with the rules set to come into effect on 13 December. The threat of these restrictions is not new and has been mooted earlier in the year. It was likely thrown into more serious consideration as events that unfolded over the course of 2022 placed increased focus on national security with a view to improving control of supply chains, often referred to as ‘re-shoring’. The passage of the Creating Helpful Incentives to Produce Semiconductors (CHIPS) and Science Act of 2022 and the recently passed Inflation Reduction Act also reflect a broader shift in US policy towards reshoring critical industries. Semiconductors: an area of strategic importance Semiconductors, or ‘chips’, have become an increasingly key aspect of everything we do and have wide applications across industries, from the phones in our pockets, autonomous cars to military defence systems. The shortage of chips resulting from disrupted supply chains around the world has impacted both their cost and availability and highlighted potential economic and security vulnerability. Furthermore, the war in Ukraine has placed increased importance on nations’ defence spending. This is not to suggest that this is the sole driver of the restrictions imposed, but one factor at play here is the view that the US wants its most powerful technology to be used for its own domestic benefit. The primary lens through which US officials see competition with China playing out over the medium to long term is through technology. Who will be most impacted and can there be any winners? As with any change, there will be winners and losers. There are still some details to digest and a lot that may change ahead of the rule coming into effect. The restrictions will impact areas such as chips utilised for ‘supercomputers’, fabrication equipment companies and US persons who work for Chinese semiconductor companies. For example, Lam Research, a supplier of wafer fabrication equipment could be the most impacted as a result of its exposure to China, although it is important to note that not all of their sales to China will be impacted. Historically, revenue exposure to China has been 35% and within that, it is estimated that 12% of revenue will be lost from the restrictions. On the other hand, companies such as Dutch multinational ASML, a dominant supplier to the semiconductor market, will likely be least impacted by the restrictions and may be best placed to benefit from escalating US and China tensions. In short, market consensus is that the US government has declared full-blown economic war on China’s budding semiconductor industry. China consumes more than three-quarters of the semiconductors sold globally but produces only about 15% of global output. Without US technologies and persons, the Chinese semiconductor industry could get short-circuited. Rising geopolitical volatility President Xi Jinping secured a historic third term in power at the 20th Party Congress and further strengthened his control and influence in China by appointing a seven-man standing committee comprising his most loyal allies. While it is too early to speculate on what this means, we are likely to see a shift in focus from higher growth to lower but steadier growth with increased focus on state institutions, self-reliance and security. The Congress also highlighted a heavy emphasis on upgrading the technology ladder through industrial policy and focusing on next-generation technologies. With a consolidation of power one can reasonably expect that in time, China will retaliate to the export bans and so we should brace for intensification of trade wars and will likely see further decoupling. From the US and China’s perspective, this is a race to the top of technological advances and winning this race lends itself to […]

In the past several decades, there has been a growing amount of manufacturing and supply…