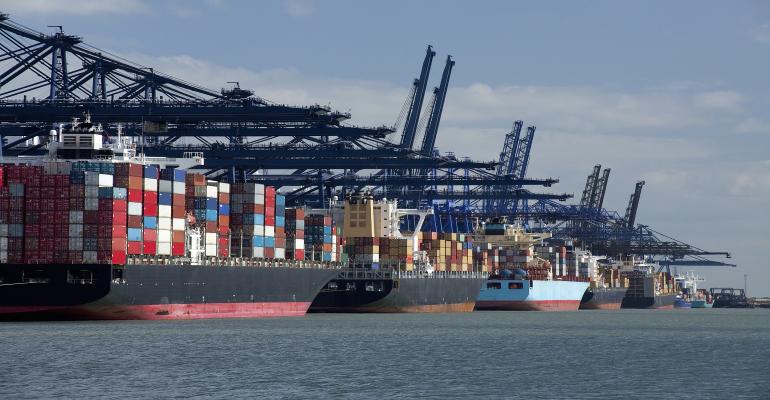 As production rebooted after the pandemic, US, manufacturers faced several economic challenges. Inflation caught fire, the global supply chain was disrupted, and labor shortages became an issue. “The pandemic had a decent amount to do with supply chain problems. The long and complex supply chain was disrupted when certain geographies shut down,” Ben Johnston, COO of Kapitus , told Design News . Kapitus brokers funding for manufacturers. “People started to see how vulnerable they were. As we came out of the pandemic, there was such rapid growth in demand and consumption. Supply chains couldn’t keep up.” The semiconductor supply chain was hit with widespread shortages. While the Biden Administration and Congress invested in the repatriation of semiconductor production, it’s not enough to completely solve the problem. “We have to push to do more to bring semiconductor production to the US, especially with the risk of critical IP in the hands of our rivals,” said Johnston. “The design is to shorten the supply chain overall and use technology in a way that reduces manpower.” Recovering from the Supply Chain Crash The pandemic caused major shortages in global supply over the past three years. Johnston noted that shipping was dormant, then it exploded. “People had no idea when their products would be produced and delivered. Even our domestic ports were affected,” said Johnston. “The disruptions affected dependability. Manufacturers are dependent on raw materials from all over the world. The consistency of their product depends on 10% of their material coming from a distant country.” US companies started looking at their exposure. That exposure includes the ramifications of the invasion of Ukraine. And what about natural disasters? Many manufacturers have turned to 3DP technologies to overcome the difficulties of obtaining supplies for traditional manufacturing. “A company in California is producing high-end chairs using 3D printing,” said Johnston. “They do all their work in California with fewer employees than the chair could be made overseas. The chair is sold as unique, differentiated, and made in the US. People are willing to pay a premium for that.” Securing the Supply Chain During the pandemic, people saw their supply chain vulnerability. Now they’re seeing future storms around the world. “The constant saber rattling about Taiwan and other issues is giving people pause,” said Johnston. “Plus, the US government is encouraging manufacturers to produce their goods domestically. You see it in the inflation reduction bill and the infrastructure bill. Those bills are designed to bring jobs from places that seem politically unstable.” While bringing manufacturing back to the US could stabilize the supply chain, not every manufacturer is doing it right now. “They’re being held back a bit because of the strong dollar,” said Johnston. “It’s tempting to take the low cost from abroad. Yet people are worried since so many of them have a dependence on China.” Labor Shortages The manufacturing industry is facing a domestic shortage of labor. Johnston believes this stems from the reduction in salaries over the past three decades. “Millions of America would like to work at a plant if they could make a living doing it. The 40s through the 70s were the heyday of American manufacturing. Wages were high,” said Johnston. “That’s not the case now.” He noted that in addition to higher wages, technology will help close some of the labor gap. “Robots are getting better and better. In many cases, they are sufficient for certain jobs,” said Johnston. “The auto industry has been deploying robots for 30 years, and we’ll see a big leap forward in robot use during the next 10 years.” Barriers to Repatriation Technology alone is not likely to solve labor shortages. “Maybe the robot won’t be able to solve labor issues yet, but the repatriation of manufacturing will need automation to bridge that gap. Wage growth may be the other necessary tool,” said Johnston. “The inflation we’re seeing has forced wage growth across the board and that’s occurring with manufacturers. They’re experiencing the same thing as retail – there are two jobs open for every person looking for work.” Johnston noted that manufacturers will need to invest to bring production back to the US. That capital may not be easy to find. “Access to capital for small businesses is a challenge now, banks have been pulling back on capital for small businesses,” said Johnston. “Some consumers are depleting saving accounts, and moving their dollars because of rising interest rates. There is competition for deposits as people move into something that yields better. That […]

Click here to view original web page at Can Reshoring Stabilize the US Manufacturing Supply Chain?

Supply chain pros weigh in on industry’s near future

Opinion: Ford’s job cuts are just the beginning of another EV earthquake

Getty Images Electric vehicles, or EVs, promise a green automotive revolution, but this will not…

By Pedro Palandrani | September 11, 2020 Over the past few decades, many corporations in…