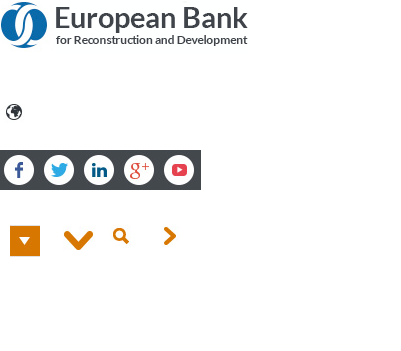 When dealing with immediate challenges, decision- and policymakers should not lose focus on the long-term goals of greener energy and free trade, the main drivers of future growth, the European Bank for Reconstruction and Development (EBRD) said today. The Bank’s latest Transition Report , entitled “Business Unusual”, surveys a global economic landscape scarred by the aftershocks of the pandemic and the consequences of Russia’s war on Ukraine . Europe is living through its largest forcible displacement of people since the Second World War, while both individuals and companies are experiencing unprecedented hikes in energy prices. Supply chains are being reshaped to boost their resilience, while many firms suffering from record levels of debt are at risk of becoming ”zombies”. “This non-exhaustive – yet quite exhausting – list of events would be challenging enough for governments and firms if it was spread over a decade or more,” said EBRD Chief Economist Beata Javorcik . “And yet, all of this has happened in the space of just three years, with the prospect of more turbulence to come. The world is not going to return to its business as usual’ state of a few years ago, however much some might wish otherwise.” “In the midst of such turbulence, governments and business leaders could be forgiven for being in constant crisis mode,” Ms Javorcik continued. “But they also need to think and plan strategically and focus on laying the foundations of long-term economic growth.” The 2022-23 Transition Report , an annual publication analysing progress on economic development and structural changes in the countries where the EBRD works , contains fresh survey data and insights that can inform public and corporate decision-making. Its focus this year is on: The economics of war and peace, including a survey of the impact of military conflict on gross domestic product (GDP) per capita, inflation, public debt and the path of post-war recovery. Conflict and migration, the demographic breakdown of refugees and their geographical distribution (EBRD economies host a third of the word’s refugees), and the way they can relieve labour shortages in their host countries. Global supply chains, the disruption caused by Covid-19 , extreme weather and the war in Ukraine, and efforts by firms to boost their resilience. Corporate debt and business dynamism, with debt in the EBRD regions at record highs, but defaults at record lows and “zombie firms” on artificial life support dragging down the performance of their more competitive rivals. The report provides insights that can inform policymakers navigating the many, simultaneous crises the world is experiencing, including: The importance for successful post-war reconstruction of securing a lasting peace and the way external aid is more effective: where local administrative capacity is strong;where it is front-loaded to provide support early; and where grants are combined with lending to limit further increases in government debt. Post-war aid may also be more effective with domestic ownership and when administered by a dedicated institution, thereby reducing bureaucracy and boosting coordination. The current influx of Ukrainian refugees has the potential to increase the European Union (EU) labour force by an estimated 0.5 per cent by the end of 2022, about twice the size of the increase that followed the influx of refugees through the EU’s southern borders in 2015-16. Granting immediate access to the labour market is likely to increase refugees’ employment in the future, thereby maximising their contribution to the host country. Climate-related risks to global supply chains are rising, with serious implications for the production, manufacture and distribution of goods around the world. Environmental considerations need to become a central part of firms’ risk management. Strengthening national climate goals and developing a long-term transition pathway can not only reduce risk, but also create new opportunities for innovation and increase economic competitiveness and sustainability. Policymakers could introduce stress tests for supply chains in critical sectors, similar to those deployed in the banking sector after the global financial crisis of 2008-09. Policies that promote nearshoring, friendshoring (sourcing inputs from countries that share similar values) or reshoring (moving production back to a home country from abroad) may address some supply chain risks but exacerbate the risk of local shocks (such as extreme weather or strikes). To prevent “zombification” in the corporate sector, policymakers should gradually withdraw financial support for businesses, strengthen banking supervision, reform insolvency resolution procedures and develop private debt and equity markets.

Reshoring supply chains to North America could be limited by the region's reputation for protectionism,…

Projecting the “What Ifs” of Supply Chain Management [Q&A]