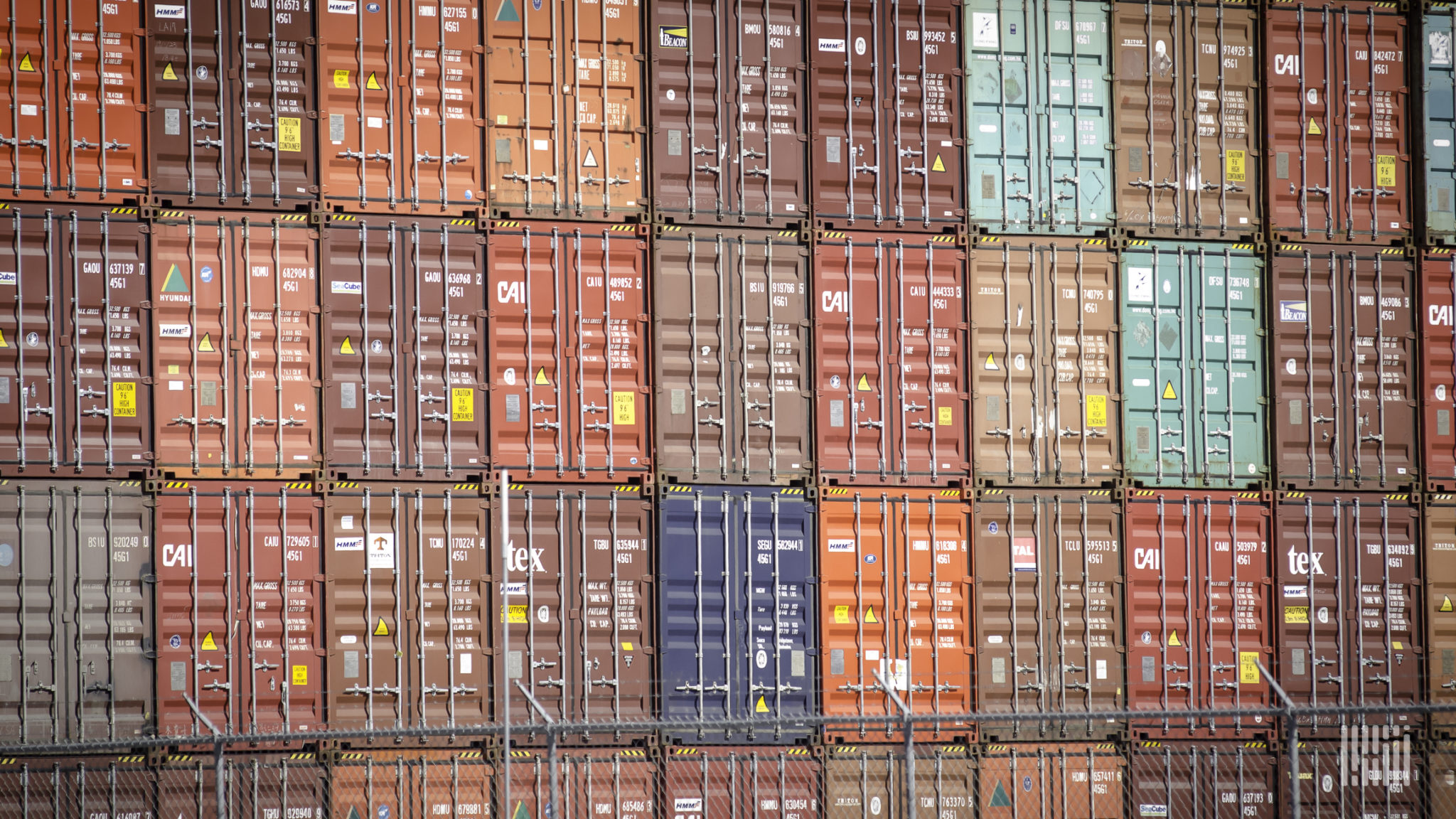 Xometry CEO Randy Altschuler expects more companies to expand existing manufacturing operations in the U.S. to create more resilient supply chains across North America. (Photo: Jim Allen/FreightWaves Borderlands is a weekly rundown of developments in the world of U.S.-Mexico cross-border trucking and trade. This week: Xometry CEO predicts expanded manufacturing in US; Costa Rica pushes to join USMCA trade pact; Texas port in negotiations for large-scale green ammonia plant; and $900K in meth seized at Laredo port of entry. Xometry CEO predicts expanded manufacturing in US Cross-border trade between Mexico and the U.S. is expected to remain strong next year but still could be affected by everything from driver shortages to the north/south freight imbalance to the weakening peso. FreightWaves recently caught up with Randy Altschuler, CEO of Xometry , an on-demand industrial parts marketplace based in Derwood, Maryland. Xometry (NASDAQ: XMTR ) recently teamed up with Forbes on a survey that found nearly two-thirds (64%) of CEOs whose companies depend on manufacturing say they are reshoring or nearshoring their manufacturing work. Altschuler offered observations on several topics, including companies leaving Asia to nearshore production in Mexico, the rise in robotics and automation, and the growth of on-demand manufacturing. Following is an edited transcript of the conversation. Can you share some details about the on-demand marketplace and how Xometry works? Xometry is a two-sided marketplace that works with entrepreneurs, small and medium-sized business enterprises and enterprise buyers on one side and thousands of small and medium-sized manufacturers, or suppliers, on the other. Our marketplace shortens development cycles, drives efficiency for both sides of our marketplace and helps companies of all sizes create locally resilient supply chains. Our Xometry marketplace, powered by our proprietary instant quoting engine, sits at the center of this two-sided equation. Powered by artificial intelligence, it analyzes millions of data points in real time to deliver instant pricing, accurate lead times and instant feedback. Are there major differences between the on-demand manufacturing industries in North America and those of Europe and Asia? Generally speaking, manufacturers everywhere face the same challenges when it comes to digitizing their shops, reaching customers and growing their businesses. Here in the United States, we’re seeing more companies choosing to reshore some of their manufacturing needs to minimize the disruptions presented by COVID, intermittent and ongoing lockdowns internationally, disasters resulting from our intensifying climate change crisis, and geopolitical conflicts. In recent years, it’s also become a matter of national and economic security for companies to reshore production to U.S. shores, and America’s small and midsize shops are rapidly embracing digital tools to help them meet this new demand. We believe there’s enough capacity among America’s small and medium manufacturers to help solve much, if not all, of the world’s supply chain challenges. How have the pandemic and supply chain disruptions changed the on-demand manufacturing industry? Between COVID-related shutdowns in Asia, unprecedented disruptions from climate change and escalating geopolitical tensions, U.S. customers are understandably looking into tapping into available domestic manufacturing capacity — and we expect that trend to continue well into 2023 and beyond. According to your survey, 64% of CEOs say they are reshoring or nearshoring their operations to North America. Which verticals — automotive, robotics and automation, food and beverage — are we seeing return from overseas? Given the widespread disruptions triggered by the global supply chain crisis, we’re seeing reshoring occur across all industries, and particularly in the automotive, aeronautics, aerospace, agriculture and energy industries, where national security and other interests are paramount. In 2023, we’ll see more companies finally expand production in the U.S. in an effort to create locally resilient supply chains. Fortunately, America’s small and medium manufacturers hold the keys to rightsizing our global economy and possess enough capacity to solve many of the world’s supply chain concerns. Are more manufacturers embracing automation and robotics? Which verticals could benefit most? Yes, automation and robotics is the fastest-growing sourcing category on Xometry’s Thomasnet.com, doubling in size from 2020. We’re seeing rapid adoption of robotics and automation tools across all industries, particularly in industries that are powering tomorrow’s innovations — aeronautics, aerospace, automotive, clean energy, agriculture and more. But there’s still a long way to go for widespread adoption. America’s small and midsized shops are not as automated as their counterparts in other parts of the world, particularly in Asia. For American shops to be truly competitive on the world stage, we need to see greater investment in robotics and automation, and that will require innovative public-private partnerships […]

Helping hand: the work of Joe Biden’s administration has helped incentivise the likes to TSMC…