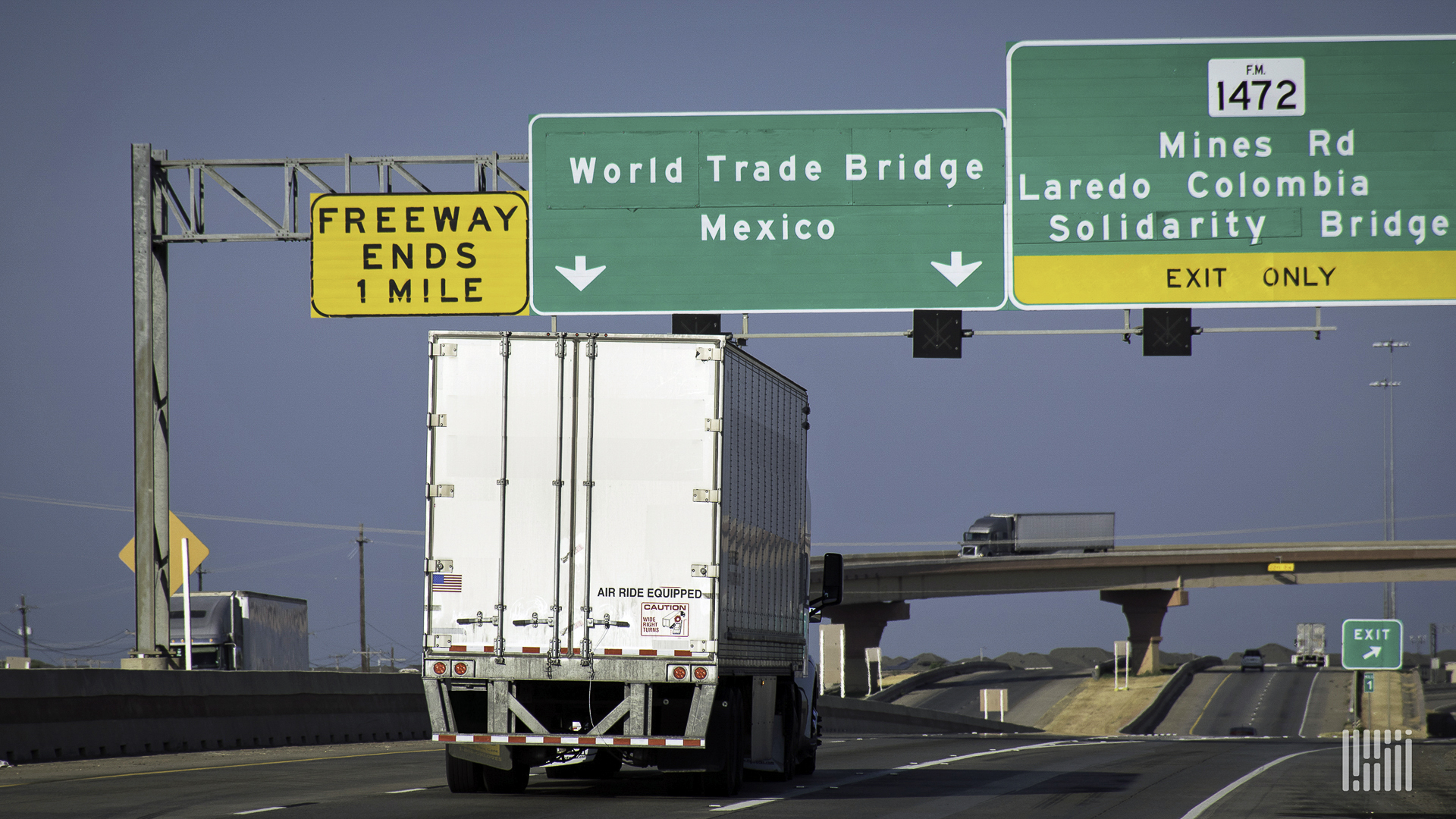 With the most recent funding round, MacroFab has raised a total of $82 million with the aim of accelerating reshoring opportunities in the electronics manufacturing industry. (Photo: FreightWaves staff) Borderlands is a weekly rundown of developments in the world of U.S.-Mexico cross-border trucking and trade. This week: Houston’s MacroFab raises $42M to capitalize on reshoring shift; Tesla expected to begin production of Cybertruck in Texas in 2023; Nike to open a major logistics center in Dallas; and Dana Inc. to open a new factory in Mexico. Houston’s MacroFab raises $42M to capitalize on reshoring shift MacroFab , a Houston-based cloud platform for manufacturing electronic products, has brought in $42 million in a capital raise by Foundry . With the most recent funding round, MacroFab has raised a total of $82 million, which will enable it to position itself at the forefront of empowering companies to overhaul their global supply chains to North America, said CEO Misha Govshteyn. “Electronics manufacturing is moving toward resilience and flexibility to reduce supply chain disruptions,” Govshteyn said in a news release . “We are in the earliest stages of repositioning the supply chain to be more localized and focused on what matters to customers most — the ability to deliver products on time, meet changing requirements and achieve a more sustainable ecological footprint.” MacroFab was founded in 2013 to service the contract manufacturing industry. The company’s cloud technology platform is for manufacturing electronic products from prototype to high-scale production and includes a network of more than 100 factories across North America. “Given MacroFab’s compelling solutions to electronics manufacturing challenges and Foundry’s successful history with parallel companies, our investment is a perfect fit,” Foundry partner Seth Levine said in a statement. “This is a unique opportunity to be part of next generation cloud manufacturing and we’re excited to be joining forces with Misha and his team.” Other investors in the latest fundraise include BMW i Ventures , as well as existing investors Edison Partners and ATX Venture Partners . MacroFab has experienced a significant increase in shipments, rising 275% compared to the previous year, the company said in an email to FreightWaves. “This was due to an increasing number of companies relocating their electronics production to North America,” MacroFab said. “To meet the demand, the company has doubled its workforce and opened a new facility in Mexico to assist customers with inventory management and mitigate the effects of tariffs. With the trend of reshoring on the rise, MacroFab is well-positioned to assist companies in restructuring their global supply chains and upgrading their electronics manufacturing.” Some of MacroFab’s clients have included Specdrums , a company that created a device designed to turn colors into sounds, and Renu Robotics , which manufactures all-electric mowers used to maintain landscaping at solar farms. Funding details: MacroFab Tesla expected to begin production of Cybertruck in Texas Automaker Tesla could soon begin production of its long-awaited Cybertruck at its plant in Austin, Texas. Production of the Cybertruck could start by mid-2023, according to Tesla Chief Vehicle Designer Franz von Holzhausen, who recently appeared on the Ride the Lightning podcast. The all-electric Cybertruck will reportedly have a range of 500 miles and a base price around $40,000. (Photo: Tesla) Tesla also recently began assembling a 9,000-ton Cybertruck giga press at the facility that will be used to manufacture some of the vehicle’s structural components, according to Inside EVs . The all-electric light-duty truck was initially announced in 2019. Tesla CEO Elon Musk has said the Cybertruck received more than 1.5 million pre-orders. The Cybertruck, which will reportedly boast a range of 500 miles and a base price around $40,000, has been delayed on several occasions due to design issues, as well as pandemic and supply chain disruptions. Nike to open major logistics center near Dallas Apparel giant Nike is set to open a 1 million-square-foot, omnichannel distribution center in the north Texas town of Wilmer, according to the Dallas Morning News . The $60 million fulfillment and distribution facility is expected to employ up to 500 in the Southport Logistics Park, about 17-miles from downtown Dallas. The center is scheduled to open by the end of 2025 and serve the company’s retail operations and clients in the southern part of the U.S. Beaverton, Oregon-based Nike (NYSE: NKE) has more than 100 factories in 12 countries. The company operates a network of more than 50 distribution centers and 100,000 retail stores worldwide. U.S. automotive supplier expands in Mexico, creating 110 jobs Dana Inc. […]

For decades, low-cost supply with minimal inventory were the key tenets of supply chain management.…

An Update on Wally World, and Somewhat of a Digression on the Pandemic Landscape

Before the coronavirus pandemic emerged, it didn’t seem like anything could upend the relentless paradigm…