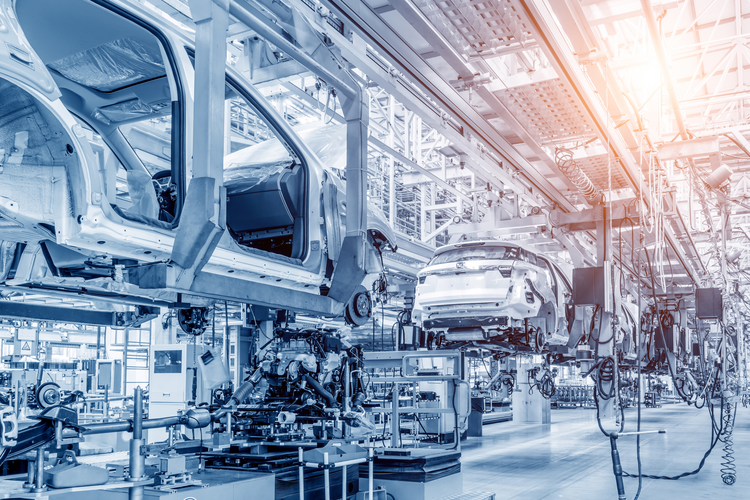 Welcome to Thomas Insights — every day, we publish the latest news and analysis to keep our readers up to date on what’s happening in industry. Sign up here to get the day’s top stories delivered straight to your inbox. Reshoring describes the process of bringing production and manufacturing “back home” or returning it to the country where the company was first established. In 2021, reshoring in the U.S. surged to a record high, with 261,000 new jobs announced. Contributing factors include increasing labor costs in developing countries, the instability of international trade, supply chain disruptions, risk mitigation, and a renewed focus on American-made products. The outbreak of COVID-19, which highlighted the risks of overseas manufacturing in terms of supply chains, set the stage for a particularly sudden and sharp rise in reshoring initiatives. As many as 69% of manufacturing and industrial respondents to an August 2020 Thomas Industrial survey said they were likely to bring manufacturing production and sourcing back to North America. Players in the automotive industry know the impacts of COVID-19 on global supply chains better than most. A 2021 survey conducted by the Economist Intelligence Unit found that 51.7% of supply chain managers in this sector experienced “very significant” disruptions due to the pandemic, representing the highest proportion across six industries. With this in mind, it’s no surprise that an increasing number of automakers are reshoring some, if not all, of their operations. As well as enabling companies to mitigate unprecedented supply chain disruptions, shifting manufacturing to U.S. soil also promises to drive production line efficiency, improve component quality, reduce shipping time, and create American jobs. This guide will be regularly updated with the latest news on automotive reshoring. The most recent updates appear at the top of the article. November 2022 Piston Automotive announces a $10 million project to establish operations at a new factory in Wentzville, Missouri. The company expects the development to create 204 jobs and has received support from the Missouri Works program, which assists with company expansion and worker retention. October 2022 In October 2022, Ford announced plans to invest $700 million in its Kentucky truck plant in Louisville. Most of the investment will be used to retool machinery at the factory, but the project is also expected to add 500 jobs to the company’s workforce. September 2022 Bridgestone Americas’ $550 million investment will add 850,000 square feet to its Truck and Bus Radial Tire Plant in Morrison, Tennessee. The project is expected to create 380 jobs and increase the company’s manufacturing workforce to approximately 10,000. August 2022 The Japanese automaker reveals it will invest $1.29 billion in a battery factory in North Carolina, creating 1,750 new jobs and producing enough lithium-ion batteries for 800,000 EVs and hybrid vehicles a year. June 2022 In June, Hyundai announced an investment of more than $5.5 billion on a nearly 3,000-acre site west of Savannah in Bryan County, Georgia. It is reportedly the largest economic development project in Georgia’s history. May 2022 Ford announced it would create two distinct business units under the Ford banner, which will enable the electric side of the business to be more nimble regarding software, connected systems, and other high-tech advancements. Stellantis and Samsung SDI announce that they will be investing $2.5 billion to develop an EV battery plant in Kokomo, Indiana. The project will create 1,400 new jobs in Kokomo and the surrounding areas and support Stellantis’ goal to achieve annual sales of five million battery-electric vehicles by 2030. April 2022 In April 2022, Hyundai announced it would invest $300 million to produce its Santa Fe hybrid in Alabama. Hyundai Motor Manufacturing Alabama (HMMA) expansions will include additional warehouse space and magnified assembly processes to support EV production. In April 2022, Toyota announced it would add 220 new jobs to its Production Engineering division, which is headquartered in Georgetown, Kentucky, and operates as a “go-between” for its design teams and manufacturing facilities. Volkswagen announced it would invest $7 billion to bolster its North American product development and manufacturing operations over the next five years. The initiative will support the company’s goals for fully electric vehicles to account for a majority of U.S. sales by 2030 and for gasoline-powered vehicles to be phased out of its American lineup by the beginning of the next decade. March 2022 The automotive seat frames manufacturer reveals plans to expand its operations in eastern Alabama with a $23 million investment. Construction on the project, which is expected to create 300 jobs over […]

Valley agencies up for $312,000 federal investment in ‘Internet of Things’

Drug shortages are an urgent national danger. Here’s how we fix them.

This sign appears at a pharmacy in Burbank, Calif., on Dec. 6 as the state…