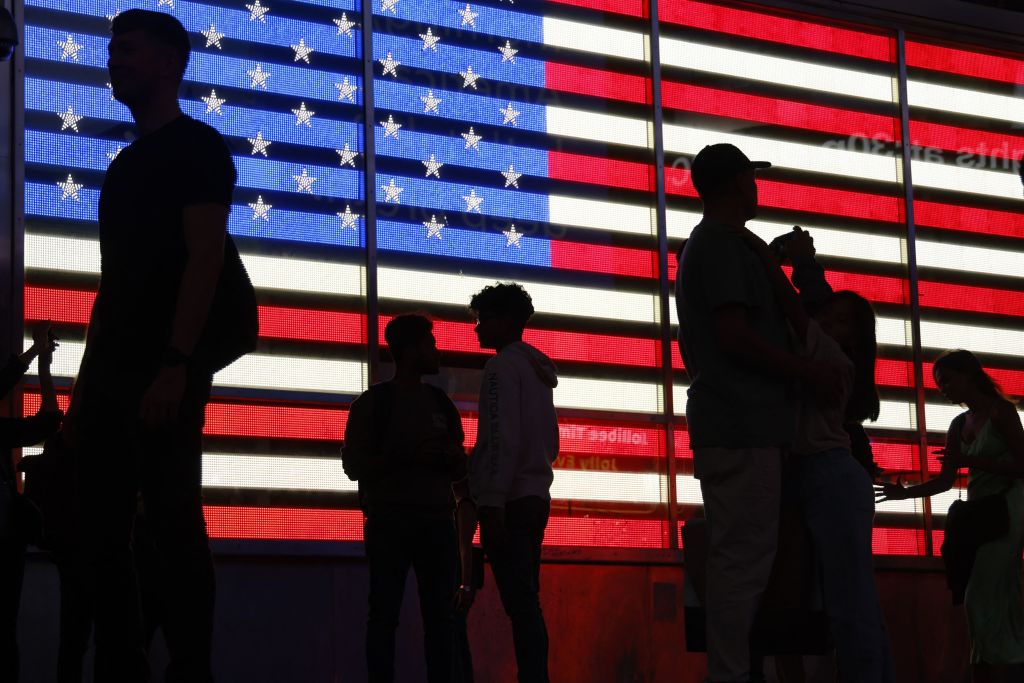 Credit: Getty images America could be entering the ‘Great Stagflation’, defined by economist Noriel Roubini as ‘an era of high inflation, low growth, high debt and the potential for severe recessions’. Certainly, weak growth numbers, declining rates of labour participation and productivity rates falling at the fastest rate in a half century are not harbingers of happy times. But the coming downturn could prove a boon overall, if Americans make the choices that restore competition and bring production back to the United States and the West. In the United States, the contours of a new post-pandemic economy are becoming clear, particularly in the Sun Belt and parts of the heartland. That revival could result in an economy that is stronger, more innovative and entrepreneurial. This is not to say that a recession wouldn’t be hard, particularly for groups like millennials, blue-collar workers and immigrants who have already suffered through the 2008 recession as well as the pandemic. They have been victims of very poor business and government practices that have created inflation and incentives either not to work or to invest in nonproductive activities. But if the 2008 recession ended with only tepid growth, this time around America may eventually see something different. The best evidence for the prospect of better times ahead in the United States lies in the post-pandemic increases in the formation of new businesses, in 2020 up to 4.4 million applications compared to roughly 3.5 million in 2019. In the first half of 2022, applications including those from non-employer businesses remained up by 44 per cent from before the pandemic. In 2021, applications, including likely employer applications, totalled around 1.8 million by year’s end — almost half a million more than in 2019. According to the Economic Innovation Group, US new-business starts are on course to set a record this year. The action today, unlike that of the previous decade, is not found so much among finance-backed IPOs, which are suffering their biggest decline in two decades. Instead, small grassroots businesses are seizing new niches, even in service industries, that could transform the American economy. ‘Lots of good things happened during Covid,’ suggests Shaheen Sadeghi, founder of California-based LAB Holdings, which builds ‘anti-malls’ hosting local businesses. ‘The mediocrities went under, but the people who survived are doing better than ever before. They created new ways of doing business that fit the new realities.’ This grassroots growth is very different from what happened after the last serious recession in 2008. Once the financial engineers of the City and Wall Street finished demolishing the economy, governments moved to bless more consolidation. The big banks recovered gloriously as inequality in the States soared and incomes, particularly for minorities like African Americans, sank. As one conservative economist put it in 2018, ‘The economic legacy of the last decade is excessive corporate consolidation and a massive transfer of wealth to the top 1 per cent from the middle class.’ Fortunately, entrepreneurialism remains embedded in America’s national DNA. In more managed societies — like Germany, Japan or France — the leading companies tend to remain the same over time; even those historically connected to fascism, such as Mercedes, Krupp and Mitsubishi, survived their ignominy and remain dominant. But in the United States disruptive change has been the norm: only fifty-three of the current Fortune 500 companies were there in 1955. This emerging new economy is also reshaping US economic geography. Sadeghi’s LAB (‘Little American Business’) has developed nearly fifty projects for small, independent firms, predominantly in suburban settings, places not usually thought of as sources of cultural and business innovation. By contrast, the massive bailouts standard for the last three years have not slowed the movement of people and companies away from dense, often hyper progressive urban locales, dispersing people and work to their periphery. This is a marked change from the last recession. The great financial crisis of 2008, precipitated by the bursting of a housing bubble, led to much speculation in America that Sun Belt suburbia would become what the Atlantic predicted would be ‘the next slums’, and that city living would make a comeback. To be sure, the oligarchic nature of the recovery was somewhat less damaging to cities like New York, San Francisco and Boston, where financial and tech firms are concentrated and key managerial talent remained, despite its previous malfeasance. This new wave of industrial development could be transformative, bringing new wealth and opportunities to left-behind areas Yet the ongoing exodus from big urban centres started […]

Arizona is ‘building back better’ by reshoring critical technology

The electronics aisles at Walmart, Costco, Target, BestBuy and the car dealerships of Ford, General…

BDO: 22% of companies plan to reshore to US

While optimism is returning to the economy, 83% of U.S.-based chief financial officers (CFOs) expect…